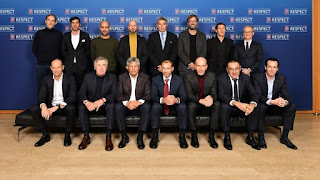 The European football organizing body UEFA is prepared to decide the future of Champions League football after the sudden halt by COVID-19.

Football and other sporting activities were suspended after the outbreak of the pandemic and in the conference held by UEFA principal members planned for Wednesday, June 17, and Thursday, June 18, in which the following points will be addressed:

The events around the Champions League and Europa League will take place, with FIFA still not ruling out the possibility of the final in Istanbul.

Talks on the coming Champions League competition next season and Europa League qualification stages and group stages whilst trying to conclude the 2019/20 Women’s Champions League.

The 2022 FIFA World Cup qualification group stages will also be discussed, as well as the Financial Fair Play Regulations.

The main items on the agenda for the first day of meetings are:

*UEFA Youth League 2019/20 and the schedule of remaining rounds

*Venues and fixture lists for EURO 2020

The main points which will be discussed on the second day of meetings are: