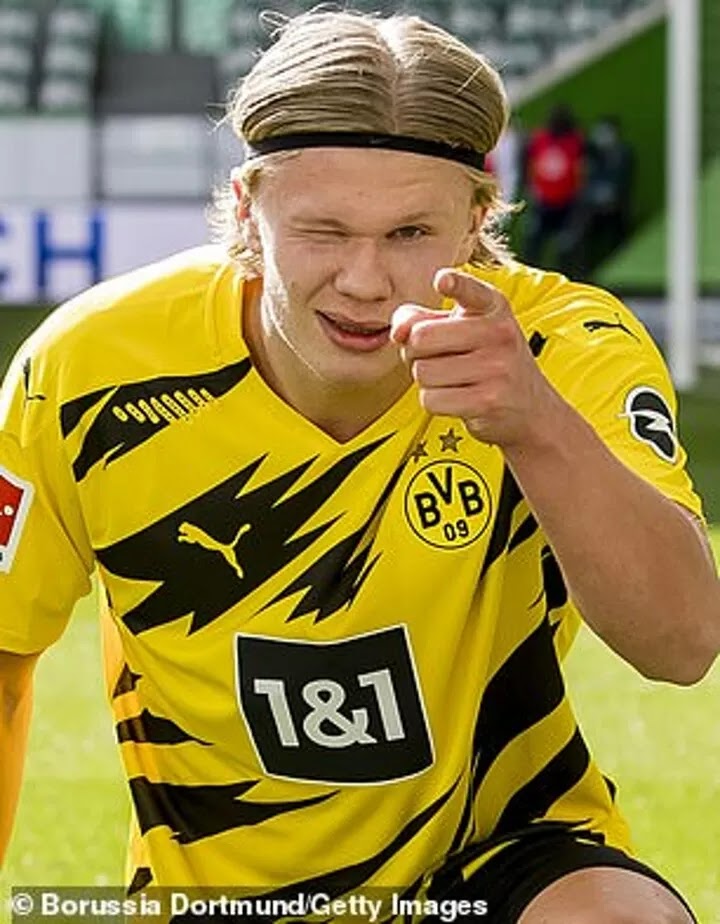 Danny Murphy believes Erling Haaland and Harry Kane are both heading for big-money moves to Manchester this summer.

Borussia Dortmund striker Haaland and Tottenham frontman Kane have repeatedly been linked with big-money transfers away from their respective clubs this summer.

And Murphy thinks both forwards will make moves to the North West, but admitted he is not sure which of them will join City and who will head to United.

'I think the desire from the two Manchester clubs will be to get to the next level, especially Man United. I think £100million [for Kane] from United or City is doable,' Murphy told talkSPORT.

'I think Haaland will go to one of them and Kane will go to the other.'

Spurs' defeat in the Carabao Cup final by City has strengthened the possibility of him leaving north London this summer.

The striker is yet to win a trophy with the club, despite scoring over 200 goals in all competitions.

Haaland is also a target for a number of European clubs with the 20-year-old having racked up 81 goals in the past two seasons.

Both Dortmund and Tottenham are desperate to keep hold of their star men, who remain under contract until 2024.

Murphy believes Kane could force through a transfer if he makes a big enough case to chairman Daniel Levy.

'Depending on the mentality of the footballer, if Harry Kane goes hard enough to Daniel Levy, he'll get his move,' the pundit added.

However, former Crystal Palace owner Simon Jordon said clubs may not be prepared to pay as much as £100m for Kane, who turns 28 this summer.

'I would think Daniel would look towards £100m. I don't think the market will lend itself to £100m,' Jordon said.

'I think the market would lend itself to £60m with add-ons, which will be of no interest.'