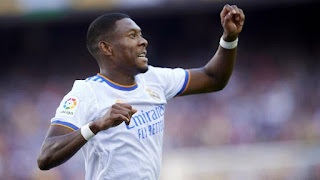 David Alaba’s first Real Madrid goal and a stoppage-time strike by Lucas Vázquez saw 'Los Blancos’ record their fourth consecutive 'El Clasico’ win for the first time since 1965, and back-to-back away wins at Barcelona for only the second time in the club’s history.
The opening half an hour was lacklustre, as both teams struggled to break the other down. 'La Blaugrana’ dominated possession but ultimately created little to trouble Thibaut Courtois. Ansu Fati, aiming to become only the fourth player in the 21st century to score in his first two 'El Clásico’ starts, was dangerous for the hosts, and would have recorded an 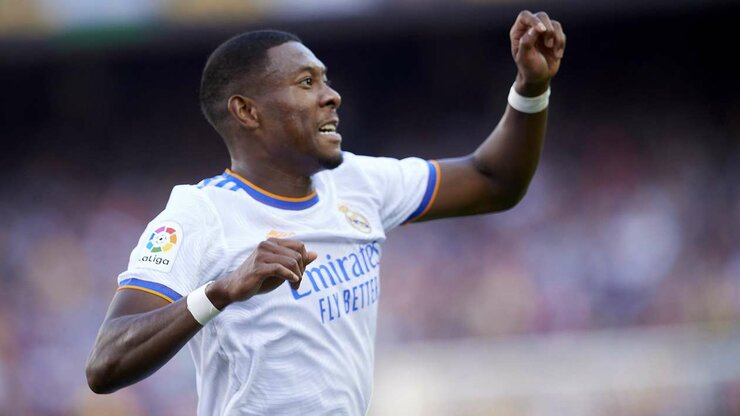 assist had Sergino Dest not spectacularly blazed over a shot, unmarked in the box from 12-yards.
Barça’s wastefulness proved to be their undoing as they fell into the Real Madrid counter-attacking trap and went a goal behind before HT. Following a set piece, Vinícius Júnior and Rodrygo worked the ball forward with speed and precision to David Alaba, and the Austrian fired his first goal for the club past Marc-André ter Stegen into the top right corner from the edge of the box.
Ronald Koeman, already under pressure at this early stage of the campaign, was in danger of becoming only the second Barcelona manager to lose his first three 'El Clásicos’, so needed a huge second half from his side to claw back a result. Philippe Coutinho was introduced for the hosts to add an attacking spark, and within three minutes of the restart he had a close range effort blocked, whilst Fati had one saved.
After those initial scares, ‘Los Blancos’ regained control and initiated their plan to see out the game. Carlo Ancelotti had a point to prove of his own, seeking a first win at Camp Nou in five visits. Deep into stoppage-time Gerard Piqué believed he should have won a penalty, although his shouts were ignored and the visitors raced up the other end to put the result beyond the hosts in the fourth minute of stoppage-time via a Vázquez tap-in.
The goals weren’t over yet though, as Sergio Agüero came off the bench to pull one back with the final kick of the game, but it was too little too late in the end for the under-fire hosts.
Real Madrid’s fourth 'El Clásico’ win on the bounce sees them evade the embarrassment of being leapfrogged by their bitter rivals in the La Liga standings. Instead, they move five points ahead of the Catalan giants to the top of the table.
Follow us on Google news, Twitter and on Facebook
Loading...