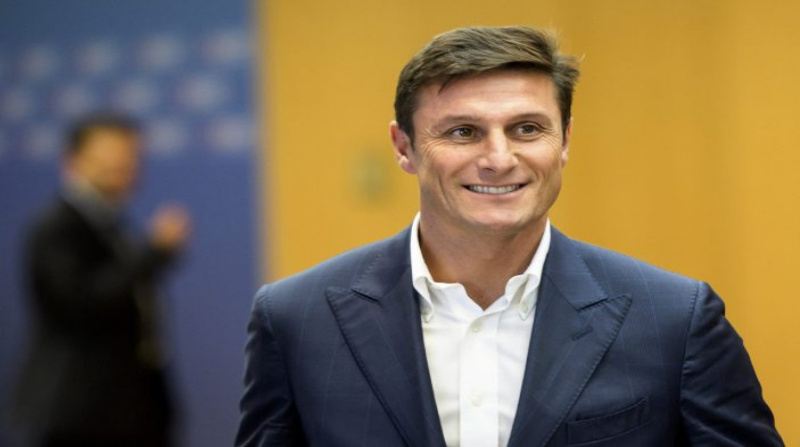 They have been drawn in the Champions League Group of Death with Bayern Munich, Barcelona and Viktoria Plzen, but Javier Zanetti assures Inter ‘have no fear, only respect.’

The Nerazzurri could not have asked for a worse draw in this competition, as they are up against the Champions of Germany, the revitalised Blaugrana and Czech Republic side Viktoria Plzen.

Only the top two reach the Round of 16, with third going into the Europa League play-offs.

“But we are Inter. We were up to the task against Liverpool last season too, we must be at the top of our form. The Champions League is a competition all about details, against the best in the world. We are there and we will have our say.”

Facing Barcelona and Bayern Munich does inevitably bring the thoughts of Inter fans back to their Treble-winning campaign under Jose Mourinho in 2010, when surprising everyone to lift the Champions League trophy.

“It is a fond memory that came back to me too,” smiled former right-back Zanetti.

“Football has changed, that was a different time. I say there are teams we need to face at the top of our form, because they can cause us problems at any moment. We are improving and proved that last season. We will try again this term.”

Inter did reach the Round of 16 last year, eliminated by Liverpool after losing 2-0 at home and winning 1-0 at Anfield.

“It is motivating to face teams like this so early in the competition. Bayern Munich are a consolidated side, Barcelona have found their balance under Xavi and we want to continue the growth process from last year,” added Zanetti.

“We have no fear, only respect. I think Inter will be ready and prepared.”