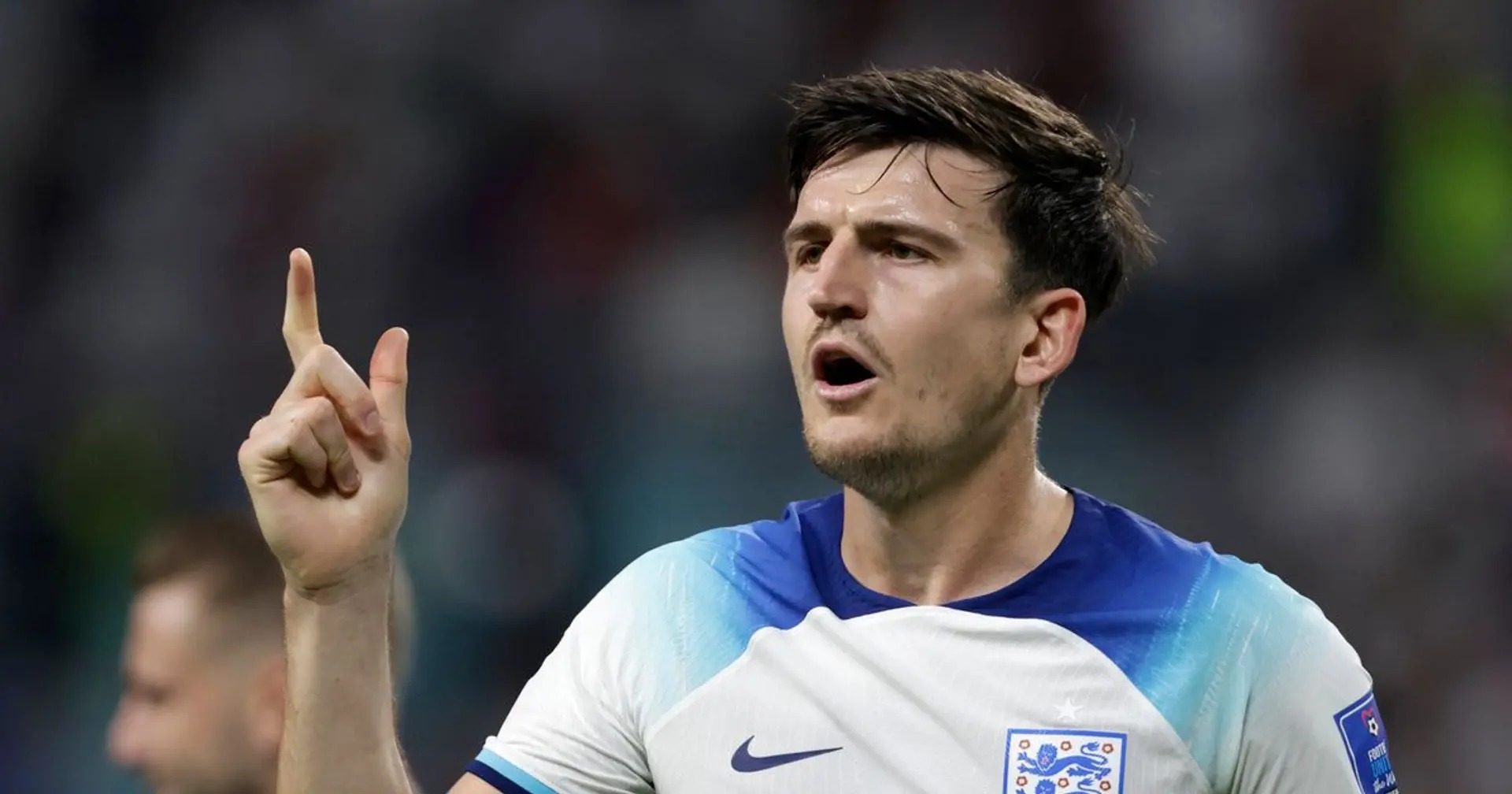 England kicked off their 2022 Qatar World Cup campaign with a resounding 6–2 win against Iran on Monday.
As expected, Gareth Southgate included Harry Maguire in his starting XI and the Manchester United skipper did not disappoint.
The 29-year-old defender delivered on the pitch (as he always seems to do for the Three Lions), baffling the Old Trafford supporters once again.
Some Man United fans simply can't wrap their heads around the fact that the much-maligned centre-back seems to always turn up for England — and not the club.
The Boy (via RedCafe): "I thought his through ball in the build up to Bellingham's goal was inspired and is exactly how Erik ten Hag wants him to play."
antohan: "He played like the Maguire we paid £80 million pounds for. That Maguire will be fine until the quarters, by which point I expect Southgate to settle for a counter-attacking 5-3-2 and he will be in his element there. For tournament football at international level that can be really effective."
JonnyIreland: "I thought he played well. I think his confidence when playing for Man United is clearly gone and I think he plays for us with constant fear of making a mistake (and getting even more criticism and abuse). If we could just support him more and get his confidence back, we'd definitely have a much better player in our team."
Bondi77: "Played okay, unlucky not to score with the header and should have been awarded a penalty just prior to that. He would be a much bigger threat for Utd at set pieces if we had someone else apart from Ronnie that could head a ball so not all the attention was on him."
Sandikan: "If you think he was anything apart from utterly comfortable and in control for the vast majority of today, you simply will never accept a good performance from him."
Source: RedCafe
Follow us on Google news, Twitter and on Facebook
Loading...