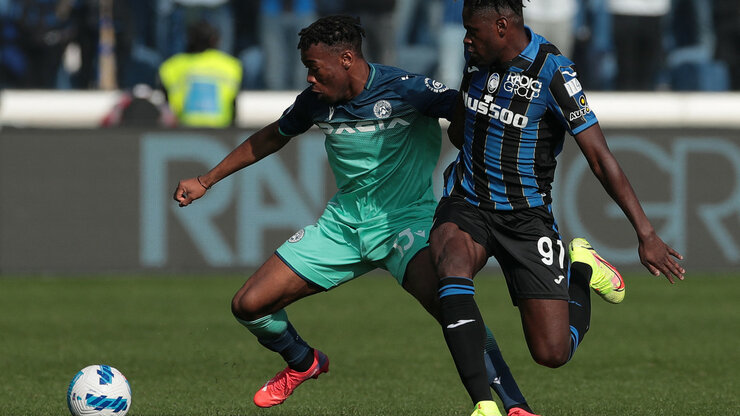 Atalanta’s leaky Serie A (SA) run continued, as a last gasp Beto strike secured Udinese a point and ended the hosts run of four consecutive H2H wins.
After blowing a two-goal lead at Old Trafford in midweek, Atalanta returned to Serie A action seeking their first league victory at home this season. Chances were at a premium in the first half with Udinese setting up their stall to frustrate the hosts and limit them to pop-shots from distance.
It was actually the visitors who had the first real sight of goal on the counter-attack when Beto broke down the inside-left and fizzed the ball across the face of goal for Nahuel Molina, but his effort crashed off the outside of the post.
Atalanta were lacking that final pass and intuition, but the visitors were beginning to build up a head of steam, without that real quality in the final third, highlighted again with Molina spurning another good chance - this time blazing over from the edge of the area whilst relatively unchallenged.
The hosts picked up where they left off in the first half and their pressure eventually bore fruit before the hour-mark. Ruslan Malinovskyi has an eye for the spectacular, and he produced again today, collecting the ball 25-yards from goal and rifling home into the bottom corner leaving Marco Silvestri with no chance.
Udinese’s fight was far from over though, having come from a goal down in their last SA encounter with Bologna to snatch a point at the death, but in truth, their second-half display did little to fill their travelling contingent with much hope that history would repeat itself.
Atalanta’s formidable record when scoring first in SA has seen them win 17 of their last 19 in which they had scored first, but in a dramatic late twist, Beto struck deep into injury time to break Atalantan hearts as they blew a lead in successive games.
Follow us on Google news, Twitter and on Facebook
Loading...