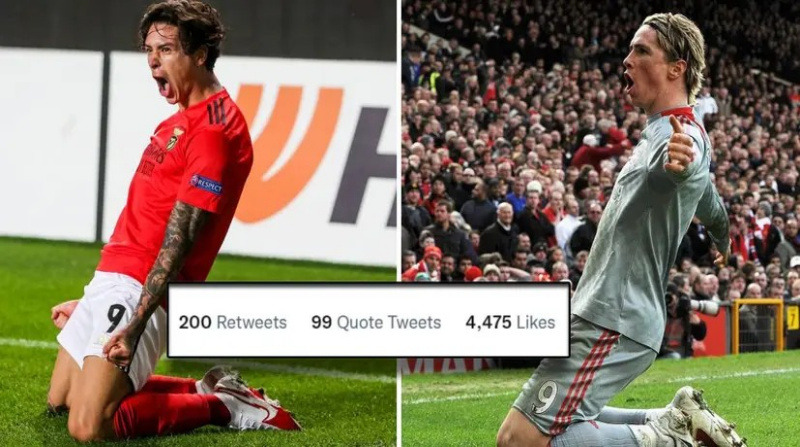 Darwin Nunez has been linked with a move to Liverpool and fans are already getting excited about the idea of signing him.

Liverpool haven't consistently played with a proper central striker in the Jurgen Klopp era, with Roberto Firmino operating as a false nine and most of the goals coming through the wingers Sadio Mane and Mohamed Salah.

There is one striker, however, who fans still remember - Fernando Torres, who was world-class for the Reds.

A tweet comparing Nunez to Torres has gone viral on Twitter as a fan pointed out their similar celebrations:

Torres scored 81 goals in 145 games for Liverpool before his shock move to Chelsea in 2011. If Nunez is as good as him, every supporter would surely be over the moon with the signing.