The Gerard Pique and Shakira breakup started an online wave of memes targeting the Barcelona defender.

As strange as it looks, even Pique seems to have enjoyed them. In particular, the 34-year-old liked one meme on Twitter making fun of his overall contribution to football.

Twitter user (and apparent Real Madrid fan) 23ljk tweeted: "Someone said Shakira has done more for football than Pique ever will 😭😭". This was a reference to Shakira's two World Cup songs Waka Waka (This Time for Africa) and La La La (Brazil 2014). 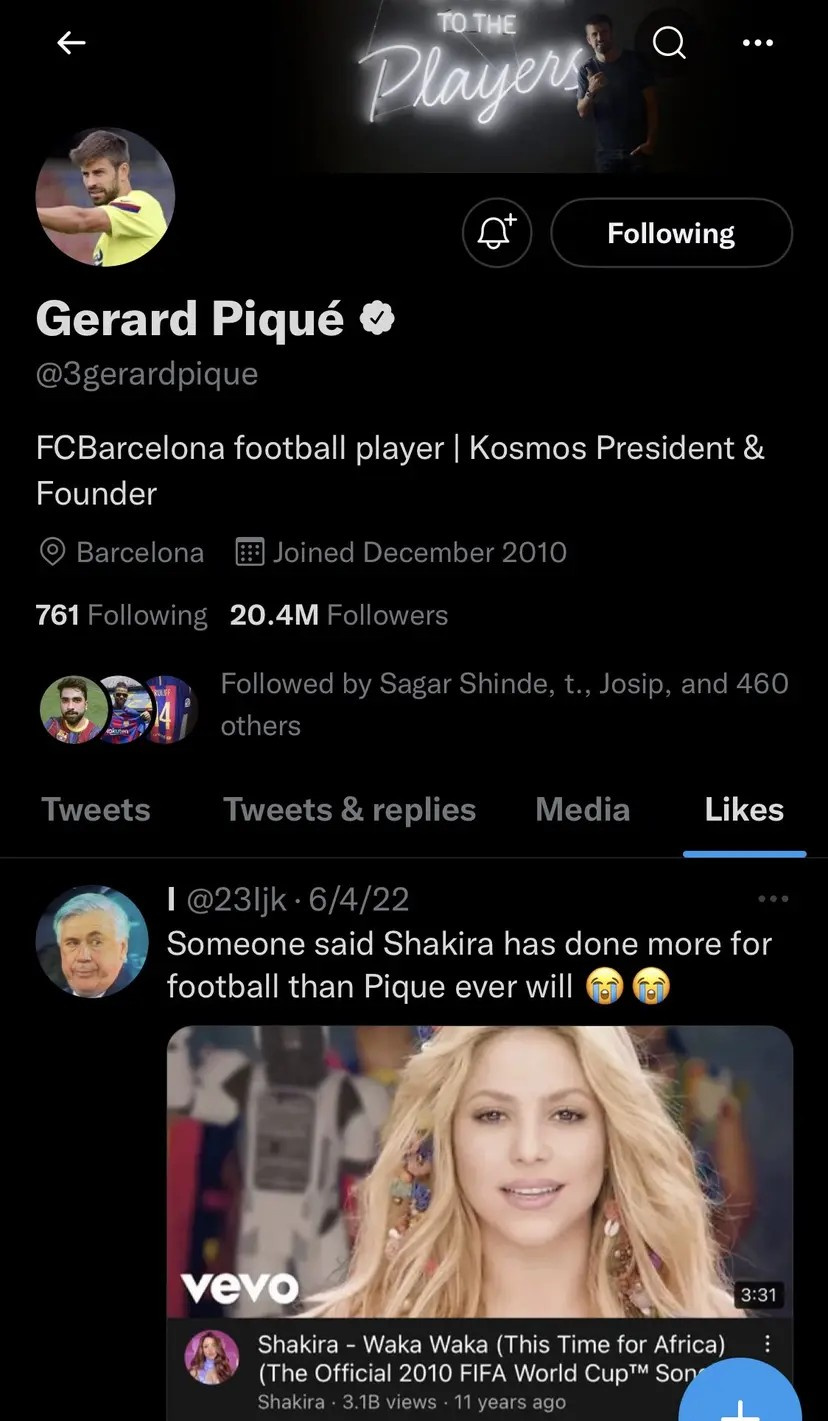 This could mean two things. Either Pique is into self-deprecating humour or he's having a depressive episode.