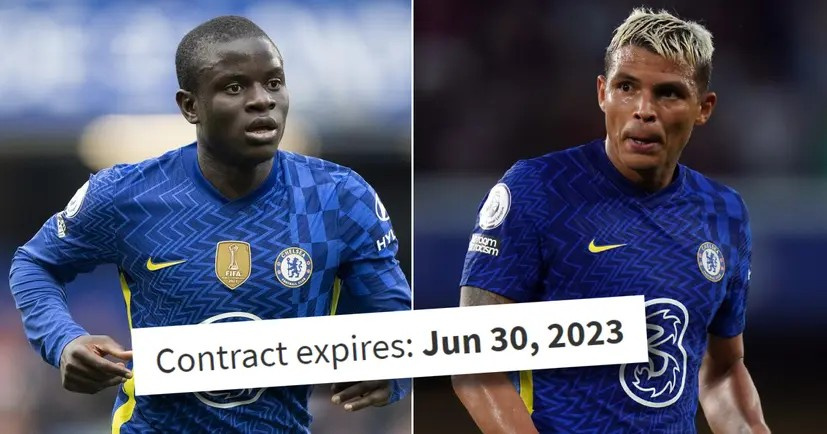 This summer, Chelsea lost two players as free agents, with Antonio Rudiger and Andreas Christensen joining Real Madrid and Barcelona, respectively.
The Blues will be keen to avoid such a disaster with any of their key players next summer. However, it will be difficult, with 10 players entering their final year of the contract on July 1.
Thiago Silva. The veteran is staying for his third season at Stamford Bridge - but we should not be surprised if after the 2022 World Cup he decides to return to his home country.
Cesar Azpilicueta. The captain's immediate future is uncertain as Barcelona are trying to sign him, and the player himself is interested. Right now, it's hard to imagine him staying beyond 2023.
N'Golo Kante. As per Fabrizio Romano, Chelsea are planning to discuss a new deal for the Frenchman soon - Thomas Tuchel has already spoken about his utmost importance to the team.
Jorginho. The Euros winner is mentioned in the same breath as Kante when it comes to Chelsea's priorities. His future is a bit less certain, though, as there's plenty of interest from Italian clubs.
Marcos Alonso. The left-back is more likely to leave this summer already, with Barcelona interested in his services.
Ross Barkley. Chelsea would probably wish to part ways with the midfielder this summer but, with no suitors forthcoming, he's likely to stick around unless a loan is arranged.
Michy Batshuayi. Ditto, but a loan is more likely in his case.
Kenedy. The Brazilian even played one game in the Premier League last season - and was not too bad - but he is unlikely to have a long-term future at Chelsea.
Marcus Bettinelli. The third-choice keeper made only one FA Cup appearance for the Blues. He could well stay in that role if he wants to, but that will likely be decided at the end of the next season.
Harvey Vale. The 18-year-old is one of many academy players who might see their contract expire in 12 months. We mention him specifically because Chelsea are especially keen to keep him - but they'll have to show him that there's a path to the first team here for him.
Follow us on Google news, Twitter and on Facebook
Loading...