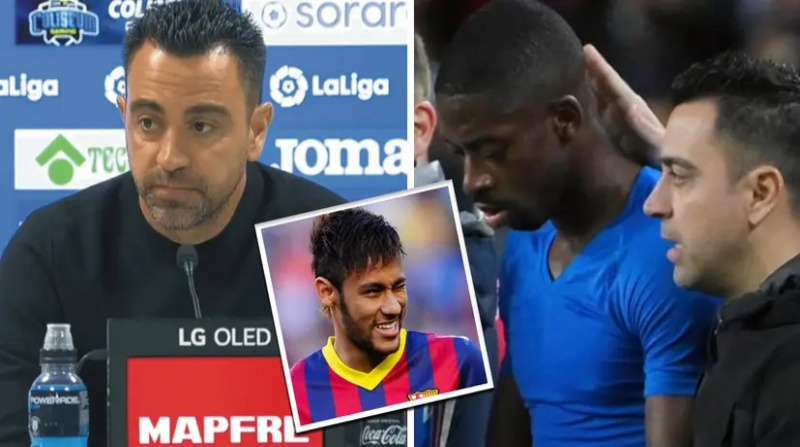 Xavi is one of the biggest advocates of Ousmane Dembele continuing at Barcelona this season.

The Barca manager sees Dembele as a younger version of Neymar, as per SER.

Secondly, Xavi does not doubt Dembele's ability to produce magic now and again on the pitch - after all, the winger was La Liga's assist leader last season with 14.

Finally, Xavi likes Dembele because he rarely complains. The Frenchman is obedient and level-headed, which is why he's loved in the dressing room.

According to recent reports, the 25-year-old is close to sealing a new two-year contract with Barca.