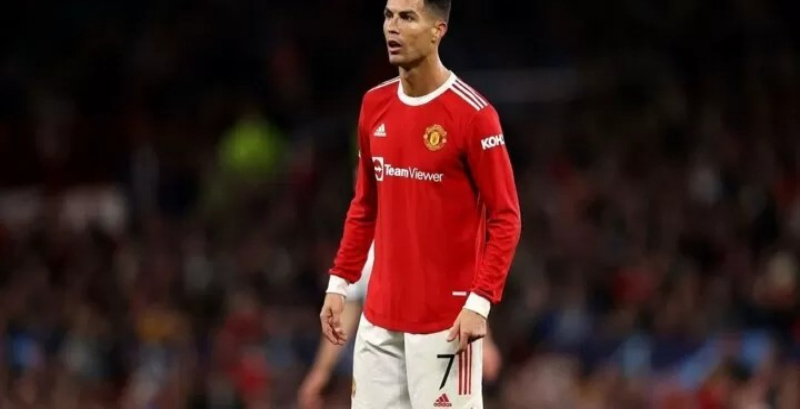 Atletico Madrid fans have started a social media campaign to express their disapproval of the club's interest in Manchester United superstar Cristiano Ronaldo.
The 37-year-old is looking for a new club this summer just a year after making a sensational return to Old Trafford.
The Times reported that he's unhappy with their lack of transfer activities and isn't convinced with their ability to win titles either.
Ronaldo has also been absent from their pre-season tour so far due to personal reasons.
Bayern Munich, Napoli and Chelsea were among the clubs showing interest, but transfer rumours have since cooled off.
The Rojiblancos are the latest team to get linked with the former Real Madrid ace. Some reports in Spain suggest Diego Simeone's side are willing to sell Antoine Griezmann to make room for Ronaldo.
However, some fans are clearly not impressed with thaf, considering Ronaldo enjoys legendary status with their city rivals Los Blancos.
Atletico supporters even started trending the hashtag "ContraCR7", which translates to "against CR7" on Twitter to make their feelings known.
According to some Spanish sources, Atleti coach Diego Simeone loves Ronaldo and finds him a potential option like Luis Suarez but thinks the Portuguese could have a greater impact.
However, the Colchoneros are stacked with attacking options right now. So it will need an incredible manoeuvre from them to sign Ronado, who's apparently ready to take a 30% pay cut.
He has played against Atletico on more occasions than any other team, with 37 appearances throughout his career, winning 17 times and scoring 25 goals. Only against Sevilla has Ronaldo struck more.
Ronaldo was also famously in the Real Madrid teams that beat Atletico in the 2014 and 2016 Champions League finals, playing an important role in both games.
However, his latest meeting with the Rojiblancos was unsuccessful, as they beat his Manchester United team in the last 16 of the competition last season.
Follow us on Google news, Twitter and on Facebook
Loading...