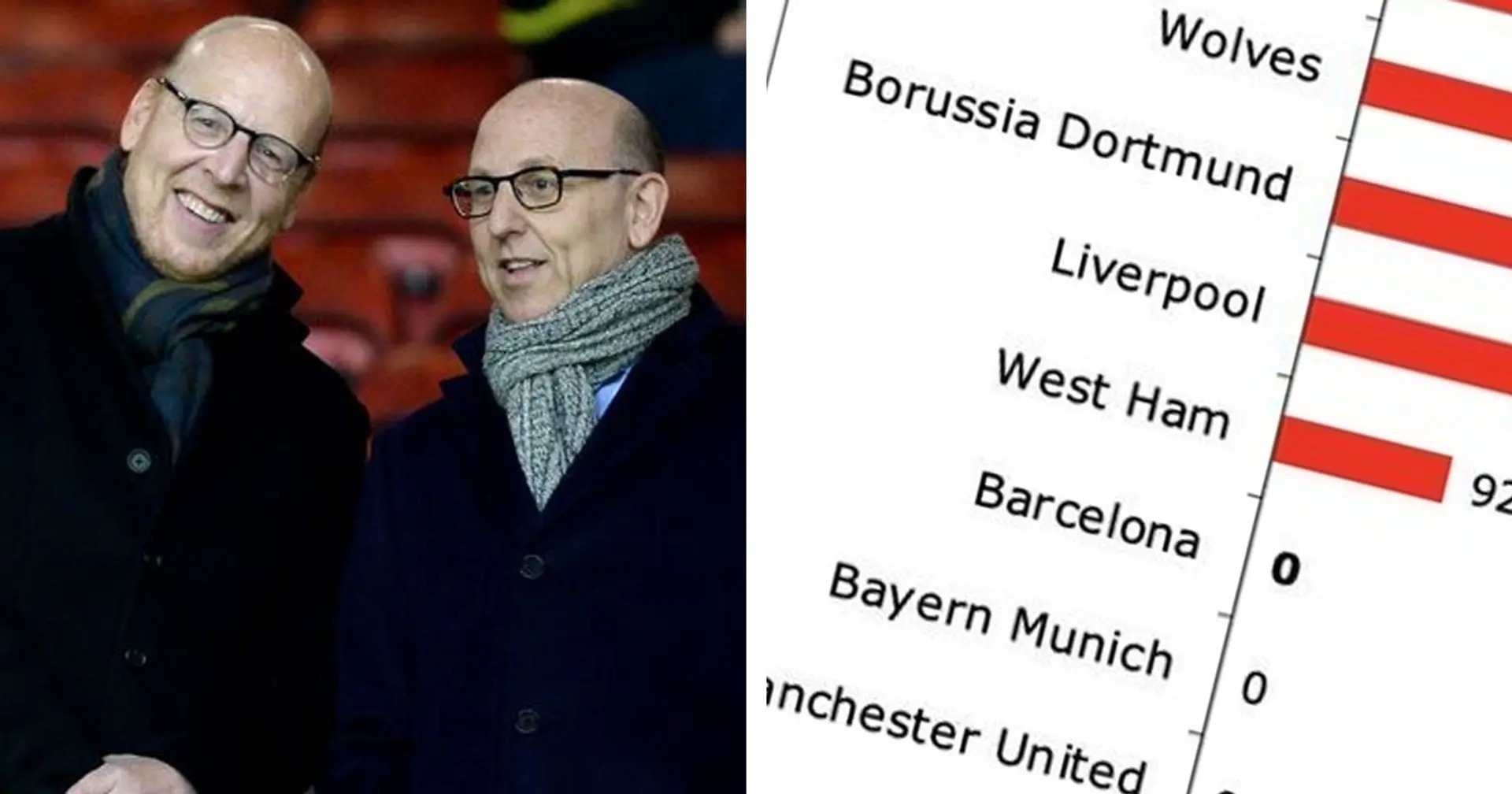 Man United have not received a single pound of owner funding their transfers or anything else over the last 10 years.
A graph created by Twitter user Swiss Ramble shows the Glazers haven’t funded any money from the 2011/12 to 2020/21 season to improve the club.
Some of the other European clubs with zero owner funding include the likes of Real Madrid, Bayern Munich and Tottenham Hotspur.
Man City have received €731m in funds from owners over the last decade, while Chelsea have gotten €791m! 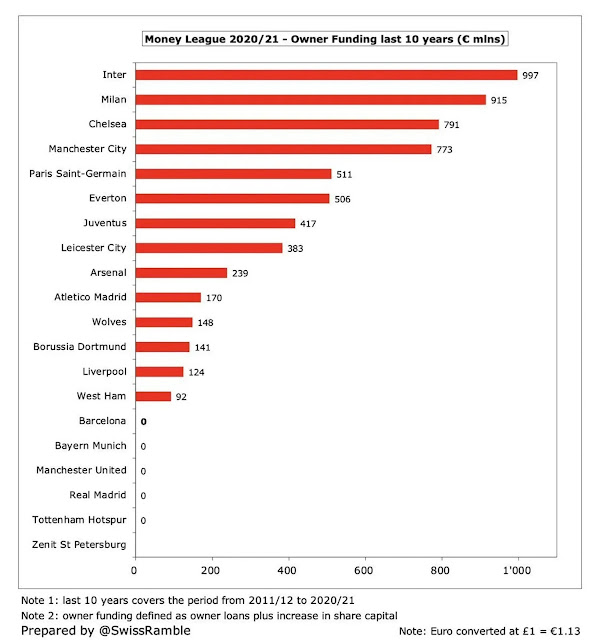 Inter Milan are in top spot in terms of getting the most finances from owners in the last decade, accounting to €997m!
Everton have received €506m in owner funds over that period, while Leicester City (€383m) and Arsenal (€239m) have also benefitted.
Man United’s impressive revenue generation from sponsorships helps them fund their own transfers and other activities, all while the Glazers pocket lucrative dividends each year.
Source: SwissRamble @Twitter
Follow us on Google news, Twitter and on Facebook
Loading...