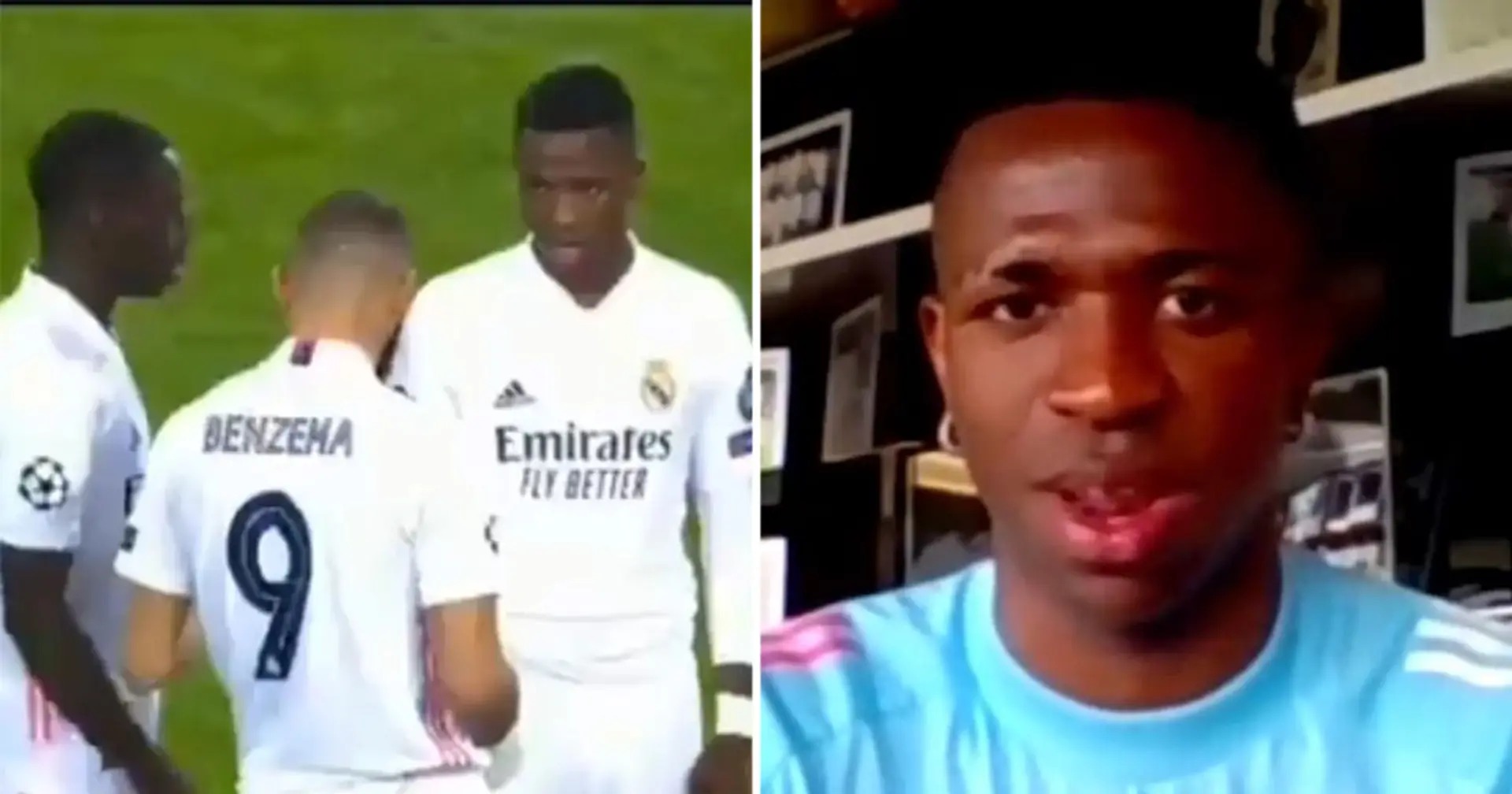 Back in 2020, the cameras captured Karim Benzema's half-time tunnel chat with Ferland Mendy in which the Real Madrid striker could be heard saying: "Don't play with Vinicius, he's playing against us."
Years later, the Brazilian has finally addressed the controversy.
"He called me after it and said 'you know I like you a lot, what they said wasn't right' and I believe him, I have great affection for him," Vinicius has said in his interview with Casemiro Miguel.
Vini went on to discuss his current relationship with Benzema: "He repays the affection I have for him. He was a player I followed. I'm a big fan and being able to play with him today is incredible. He recently in an interview put me in his top 5 in the world so I'm really happy."
Benzema and Vini indeed have a great relationship now, both off and on the pitch. Back in 2020, the Brazilian was much more wasteful with the ball, so perhaps Karim, as the veteran, had the right to say what he did. The important thing is that Vini has improved.
Source: Casemiro Miguel
Follow us on Google news, Twitter and on Facebook
Loading...