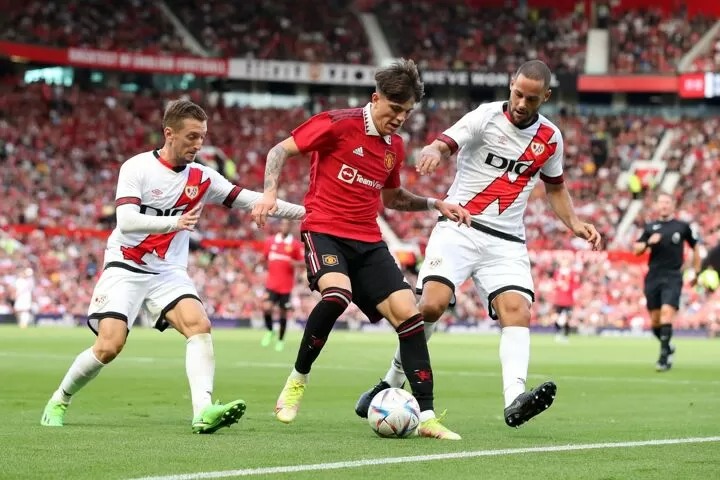 Manchester United 's 2022-23 Premier League campaign kicked off with a 1-2 defeat to Brighton & Hove Albion at Old Trafford on August 7.
The defeat would serve as a wakeup call for new boss Erik ten Hag with the club suffering their second successive defeat against the Seagulls. They lost their away fixture against Brighton 0-4 last season. The mood around Old Trafford was toxic towards the end of the game and Ten Hag will need to fix this.
The Red Devils are known for giving youngsters opportunities and possess a rich pool of talented young players at their disposal. With some of the first-team players underperforming in the season opener, the Dutch manager might want to give the youngsters a chance to prove themselves.
The pre-season friendlies saw academy players and youngsters given a chance, some of whom fulfilled their responsibilities to the T. With that in mind, we will look at three Manchester United academy players who deserve to be given a chance this season.
#3 James Garner
Manchester United's midfield problems were there to be seen again in the defeat to Brighton as both Fred and Scott McTominay failed to perform as per expectations. Fred was arguably better, but he also made mistakes and gave the ball away cheaply on a number of occasions.
While the Red Devils are in the market for Barcelona midfielder Frenkie de Jong, the deal is yet to materialize. It remains to be seen if the club will tap into the market to buy a replacement should the deal break down.
Ten Hag might consider playing James Garner, who has the experience of playing regular first-team football, courtesy of loan spells at Watford and Nottingham Forest recently.
He looked promising for Nottingham last season, scoring 4 goals and providing 10 assists in 49 appearances across all competitions.
Garner fits the profile of a progressive ball-playing midfielder who has the physical attributes to play as a holding midfielder. He did not feature much during the pre-season fixtures due to injury. However, he played in the last pre-season game against Rayo Vallecano at Old Trafford on July 31, where he looked comfortable in the holding role.
The youngster arguably seems to have better technical abilities than McTominay and might be slotted into the starting XI in the coming months.
#2 Zidane Iqbal
Zidane Iqbal impressed massively in pre-season and it is safe to say he took his opportunity with both hands. He played in a midfield pivot of two and showed brilliant technical ability as he provided a link between defense and attack.
This is something United missed against Brighton, with Christian Eriksen being the only link in midfield. Fred and McTominay do not possess the range of passing required to perform this role effectively.
Iqbal also showed maturity in his pre-season outings and showed he has the confidence to play for Manchester United. Whenever he got on the ball, he was always tidy and did not give possession away easily. Although the 19-year-old does not have the experience of Garner, Ten Hag should give him a chance in the Europa League and League Cup.
#1 Alejandro Garnacho
Alejandro Garnacho is a player whose stock has risen significantly this summer due to his impressive performances last season. The 18-year old was influential and played a huge role in Manchester United U21's FA Youth Cup triumph last season. The Argentine put on a stellar performance in the final, scoring a brace to help United defeat Nottingham 3-1.
Garnacho was given a chance in the last pre-season fixture against Rayo Vallecano and was a breath of fresh air on the left wing. His directness and lack of fear when on the ball was a joy to watch for the Old Trafford faithful. Ten Hag brought the youngster on in the closing minutes of the defeat to Brighton, indicating he will be given more opportunities this season.
Like Iqbal, Garnacho does not have any experience of first-team football yet, so he will need to be managed smartly by the Manchester United manager.
Follow us on Google news, Twitter and on Facebook
Loading...