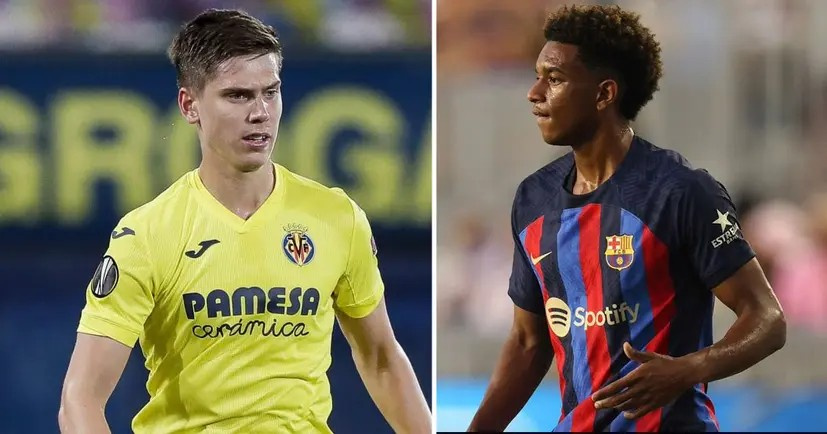 Barcelona want to lower the price of a potential Juan Foyth transfer and would be ready to offer Alex Balde in exchange, Miguel Rico of Catalunya Radio reports.
Rumour has it that Villarreal are asking for €42m in return for Foyth. The Catalans are currently unable to raise that amount.
The Yellow Submarine recently sold their starting left-back Pervis Estupinan and might need a replacement.
As for Balde, he will likely not have a place on the squad if Marcos Alonso is signed. That is despite him impressing during pre-season and Jordi Alba looking bad in the season opener against Rayo Vallecano.
At the same time, the club believes that the left-back is too good to continue at Barca Atletic. Up until now, they considered sending the 18-year-old on loan.
Source: Catalunya Radio
Follow us on Google news, Twitter and on Facebook
Loading...