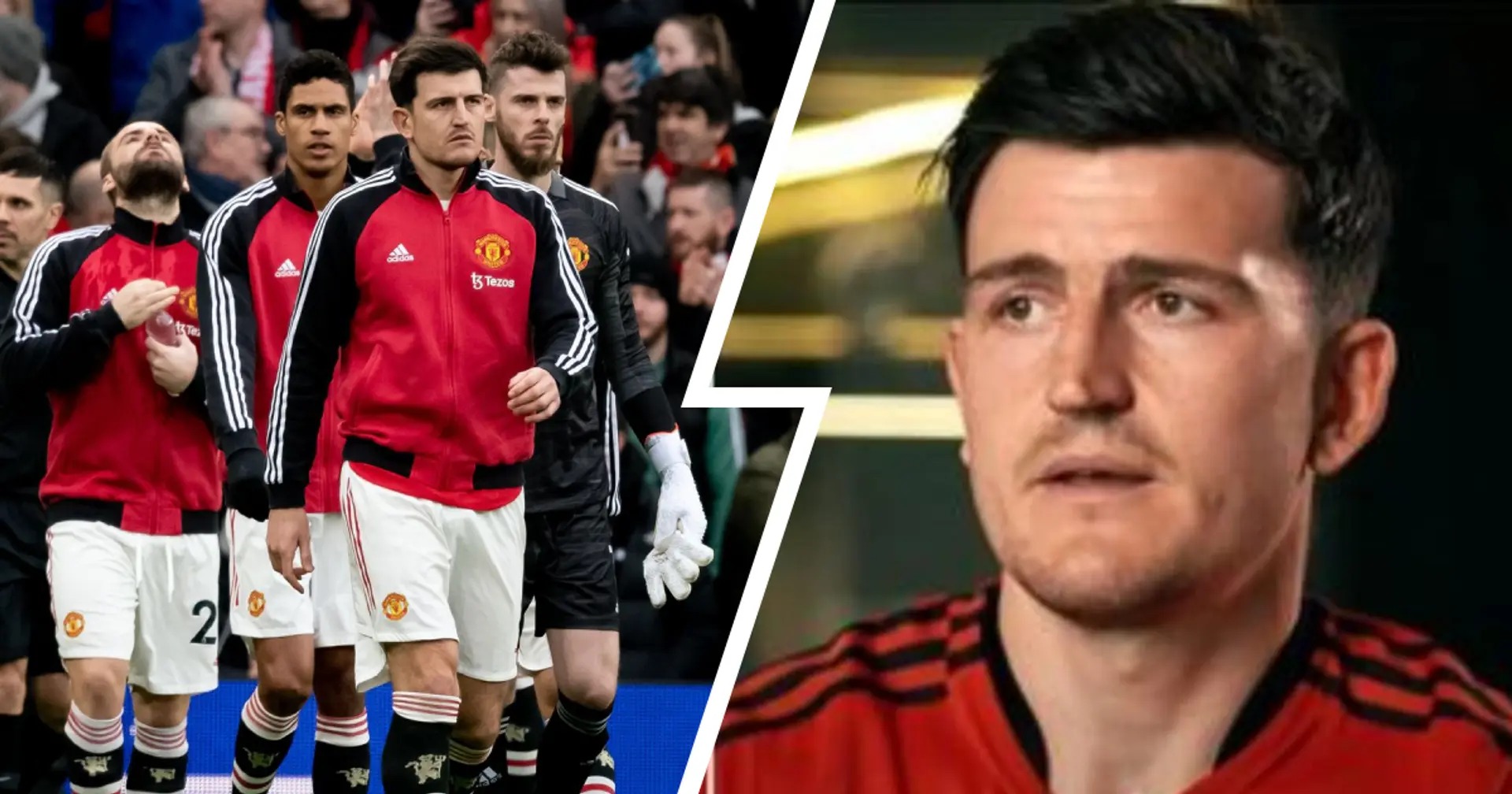 During an interview with Sky Sports, Harry Maguire was asked if he's ever thought about giving up the captain's armband at Manchester United.
The centre-back replied: "No, not at all. It's a massive honour, a huge privilege to play for this club but to be captain and lead the boys out at Old Trafford is an amazing feeling.
"That's three managers now I've captained the club under, it gives me a lot of confidence and trust in what he [Erik ten Hag] sees in me around the place and around the dressing room.
"To be captain of this club is a huge honour. I know how much media speculation it brings with it and I'm used to it now, I'm big enough to take what comes with it. I'm looking forward to leading the team again this season."
Maguire continued: "I've had so many ups and down in my career. I'm at a stage where I'm an experienced player now - 29 years old.
"I've played a lot of games for my country and in the Premier League. I feel like I can take the criticism and media speculation that comes with it.
"Everyone likes to be spoken about positively and everyone at this club has been in the past so you know that feeling but you also know the feeling of being criticised, and the way you've got to respond.
"The first two years at the club we were on a good pathway and improving as a team. Last year was a major setback for myself but also for us as a team and club. We need to make sure we get it moving forward again."
Ten Hag has confirmed that Maguire will retain the captain's armband for 2022/23, despite the criticism that came his way last season.
The 29-year-old was even booed by a section of fans during pre-season but he did enough on the pitch to silence them. That's something he needs to keep doing even in the Premier League.
Source: Sky Sports
Follow us on Google news, Twitter and on Facebook
Loading...