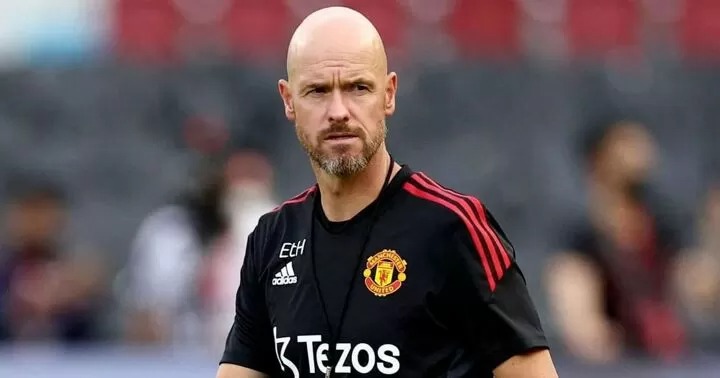 Manchester United have put up Alex Telles, Aaron Wan-Bissaka, Brandon Williams and three other players for sale this summer, according to the Manchester Evening News.
Centre-backs Eric Bailly, Phil Jones, and Axel Tuanzebe have also been put up for sale by the Red Devils. United have been a busy club in the summer transfer window under Erik ten Hag.
The Dutch manager has overseen the arrivals of Christian Eriksen, Lisandro Martinez, and Tyrell Malacia. In terms of departures, the Premier League outfit has seen a number of stars leave on free transfers.
Nemanja Matic, Paul Pogba, Jesse Lingard, Edinson Cavani, and Juan Mata left the club after running down or terminating their contracts at Old Trafford. United are believed to be open to adding six more names to their list of departures this summer.
Martinez arrived in a United backline which already consists of Raphael Varane, Victor Lindelof, and Harry Maguire. This spells bad news for the likes of Bailly, Jones, and Tuanzebe.
Telles, meanwhile, has failed to displace Luke Shaw from the left-back spot at the club. Ten Hag signing Malacia from Feyenoord could be the final nail in the Brazilian's coffin at Old Trafford.
Wan-Bissaka is infamous for his attacking frailties and the Englishman was regularly dropped by Ralf Rangnick for Diogo Dalot last season. Williams, on the other hand, returned to United this summer on the back of a below-par loan spell at Norwich City.
Benjamin Pavard offered to Manchester United and Chelsea
If Manchester United are open to selling the aforementioned players, Ten Hag could want to strengthen his defense going into next season.
According to German outlet Sport1 (h/t The Hard Tackle), Manchester United and Chelsea have been offered the chance to sign Benjamin Pavard. The 26-year-old Frenchman is concerned about his playing time at Bayern Munich after Matthijs de Ligt's arrival from Juventus.
The France international was used as a centre-back and a right-back by Julian Nagelsmann last season. Pavard ended the campaign with two assists in 37 appearances across all competitions.
Maguire was inconsistent at the back for both Ole Gunnar Solskjaer and Rangnick during the last campaign. It remains to be seen if Ten Hag will continue to trust the English centre-back.
Earlier this summer, the Dutch manager announced that Maguire will remain as United's captain. Varane was prone to injuries last season while Lindelof has failed to cement himself as a starting centre-back at the club.
Keeping this in mind, Ten Hag would be wise to sign a talented and versatile defender in the ilk of Pavard. The World Cup winner currently has two years left on his contract.
Follow us on Google news, Twitter and on Facebook
Loading...