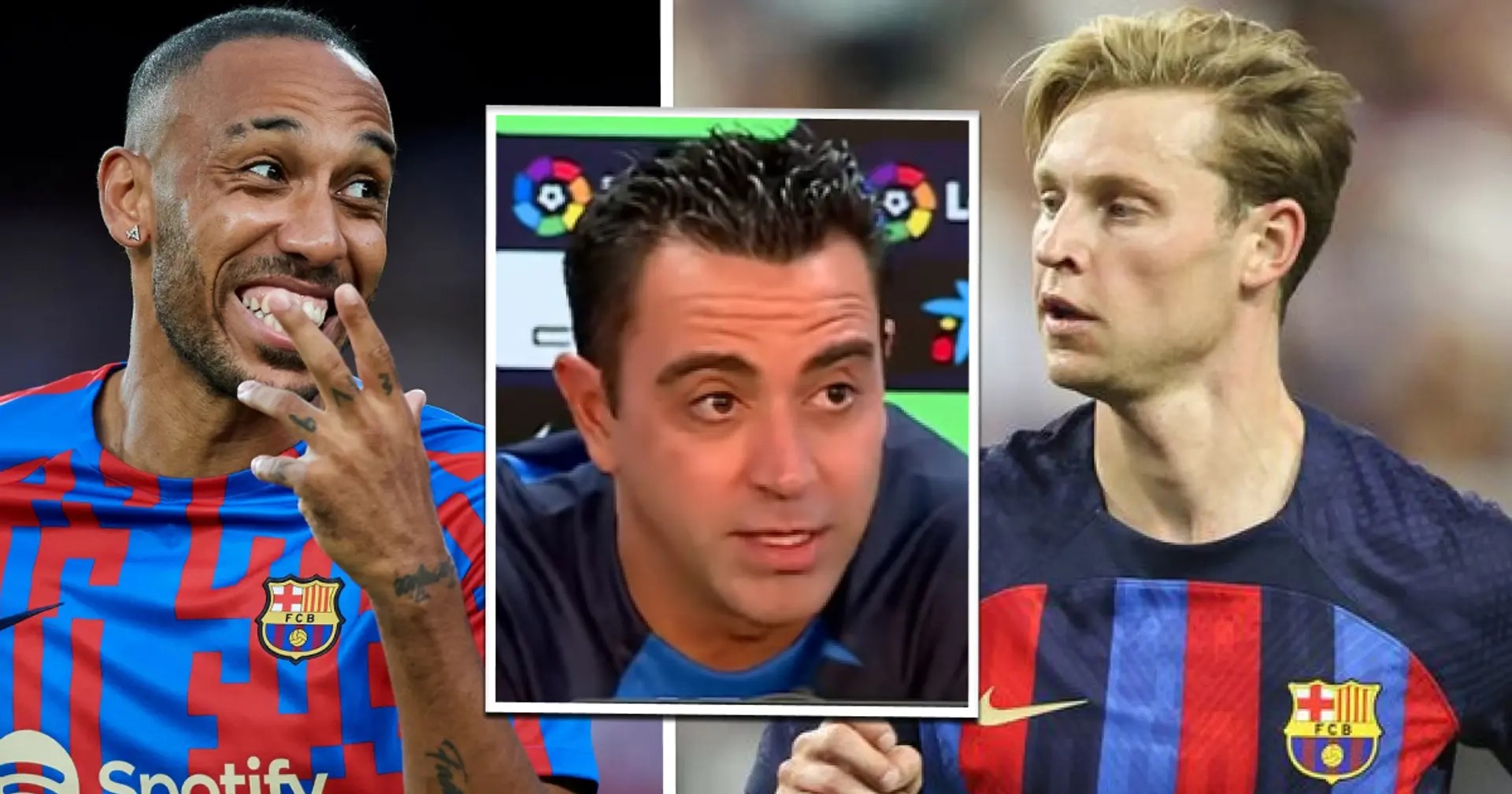 On whether Barcelona will sell Aubameyang this summer, Xavi said: "I'm counting on him. A lot of things can happen between now and August 31, but I'm delighted with Aubameyang."
Xavi said almost the same thing about Frenkie de Jong. "He’s important for me, he's in the squad and that's it. Until August 31, we'll see because the market is still open and we don't know what's going to happen."
Barcelona are cash strapped and had to activate another economic lever to register at least Robert Lewandowski among their five signings this summer.
Chelsea are interested in both De Jong and Aubameyang, but only Aubameyang seems interested in moving.
Source: FC Barcelona
Follow us on Google news, Twitter and on Facebook
Loading...