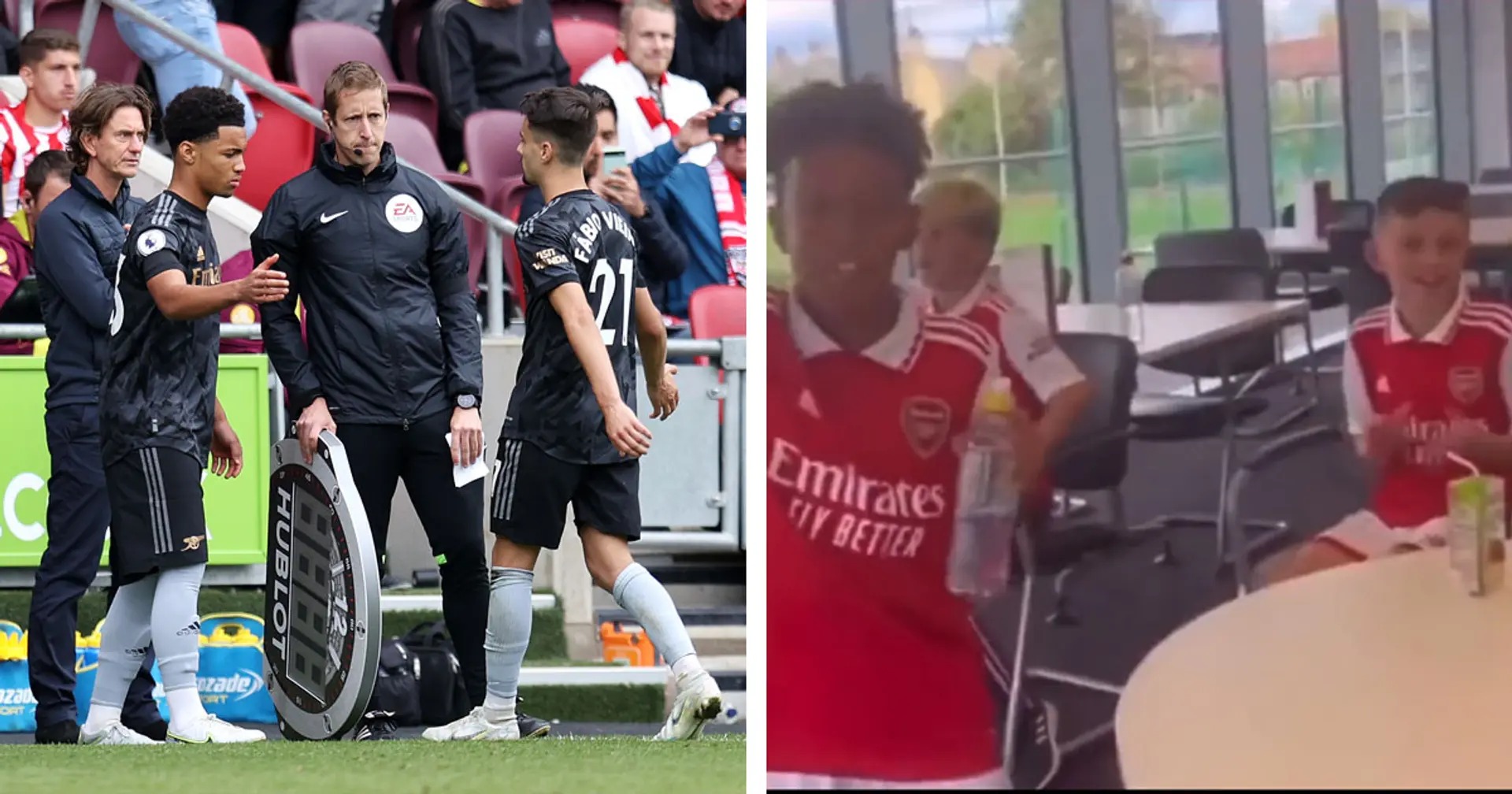 Ethan Nwaneri became the youngest player in history to play in the Premier League during Arsenal’s 3-0 win over Brentford.
The 15-year-old has earned a lot of plaudits ever since and seems to have a bright future ahead of him.
Nwaneri’s surprise debut delighted a few members of the Arsenal U9s team and their reactions were captured on video.

The young kids watched the match at Hale End and can be seen singing ‘Allez Allez’ in celebration.
One youngster shouts out ‘four minutes’ to showcase his excitement to see Ethan play in the last few minutes.
Nwaneri probably interacted with the U9s squad during his time with Arsenal’s youth teams and is well known to the boys. This reaction only shows how united the youth sector of the Gunners are.
Source: AFCStuff @Twitter
Follow us on Google news, Twitter and on Facebook
Loading...