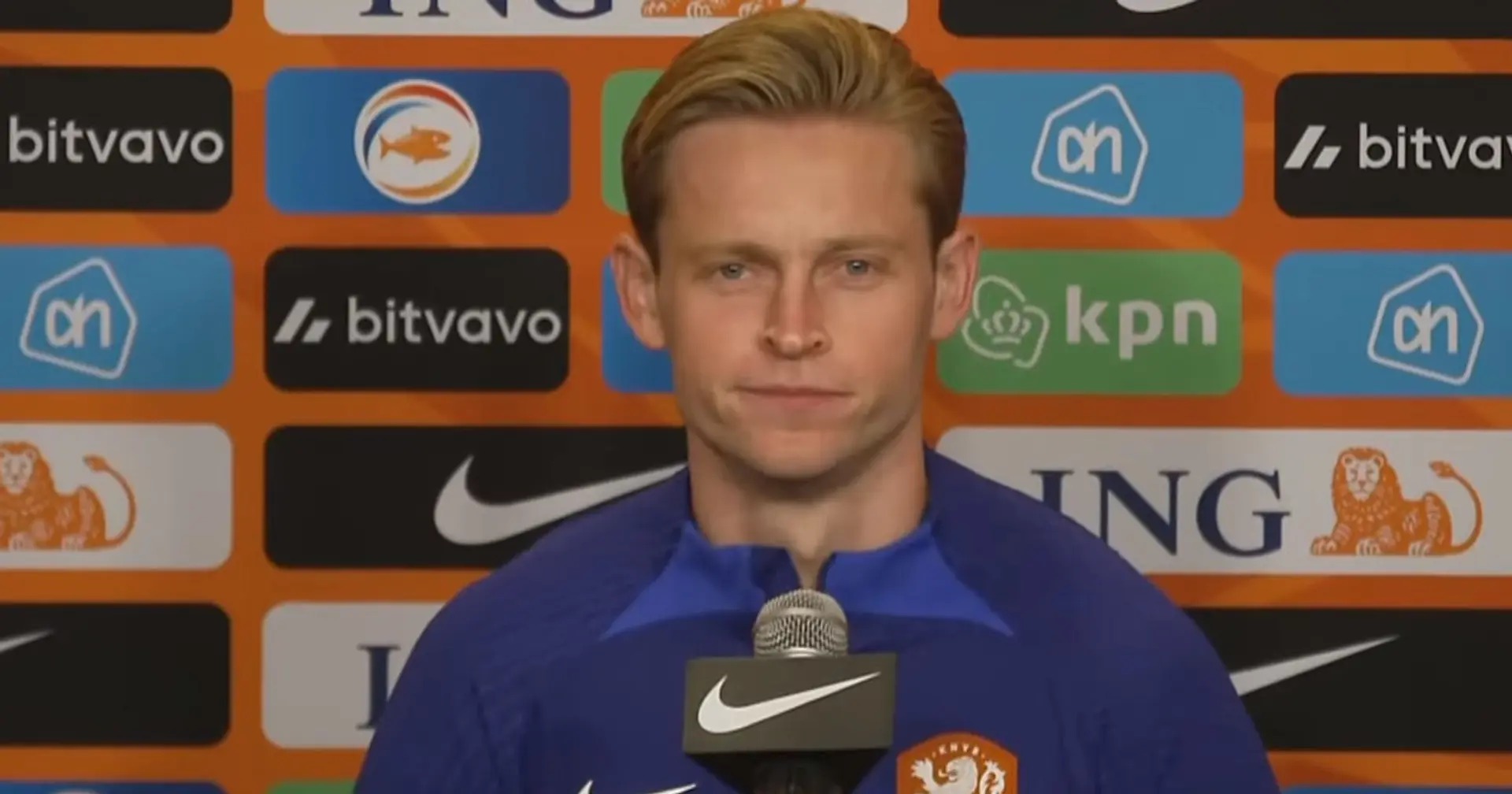 When asked about how he feels after a dramatic summer transfer window that saw him linked to Man United, only to end up staying at Barcelona, Frenkie de Jong said: “I always wanted to stay at Barcelona this summer, and this is why I always remained calm in the summer.
“I can't give too many details away. But look, the club has its own ideas and I have my own ideas, too, and sometimes these clash with each other. But at the end of the day things went okay.”
He also spoke about not getting regular minutes at Barca this season, adding: “When I play less, I do notice it. Not really in terms of the technical aspect because you still know how to play football, but more so in the physical aspect.”
De Jong was linked with a move to Old Trafford for many months in the summer, but opted against joining the Red Devils even after they reportedly agreed a fee with the Spanish club for his transfer.
United ended up turning their attention to sign Casemiro from Real Madrid to fill the defensive midfield position alongside Scott McTominay this season.
Source: ESPN
Follow us on Google news, Twitter and on Facebook
Loading...