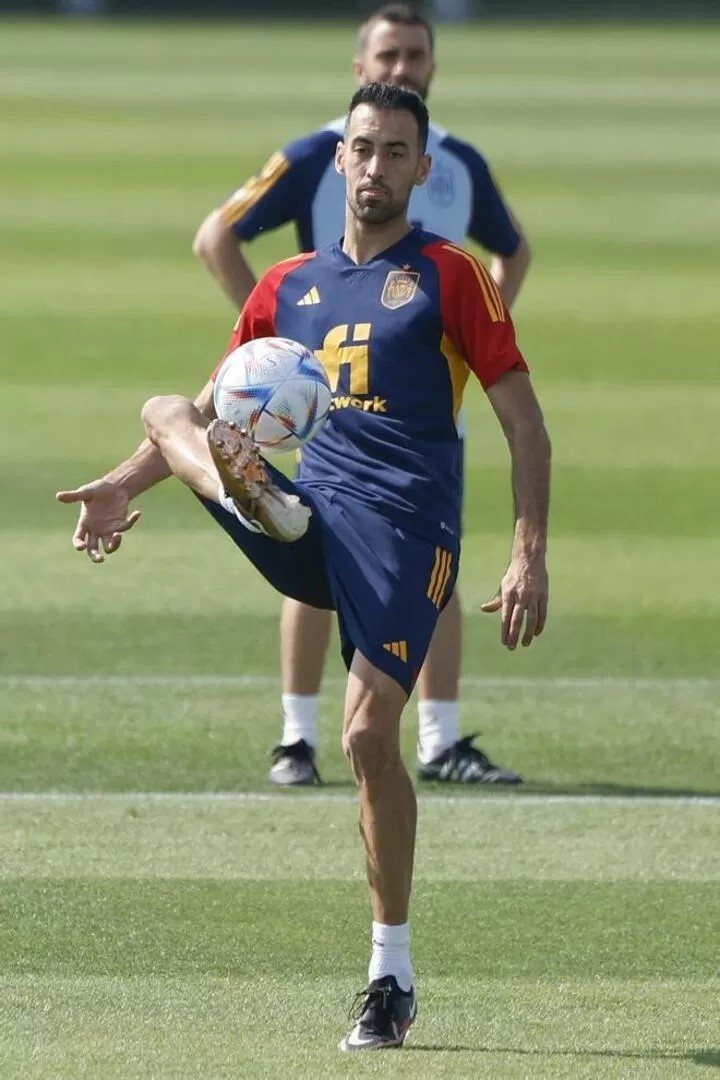 Spain captain Sergio Busquets spoke in a press conference ahead of Wednesday's World Cup opener against Costa Rica.
The Barcelona midfielder did not close the door to continuing his international career beyond the Qatar 2022 World Cup and highlighted his "dream" of being the first player in Spanish history to lift two World Cups.
Busquets is the only survivor from the team that won the 2010 World Cup and his ambition is to achieve a second star, something that would make him exceptional.
“It is something that I have thought about, being able to help, trying to be able to repeat it and being the only one," he said.
"There are many more important things left before that, though, and we have to go step by step. But I hope so. It is a dream to think that it could happen."
Regarding his future, he is not ruling out anything with the national team: “I am looking forward to it, regardless of whether it's my first or fourth World Cup. We are preparing ourselves in the best way possible.
From there, even if it's mine to make, I won't make a decision. I have come to enjoy myself. I am closer to it being in my last World Cup than playing another in four years."
Busquets continued: "I see myself capable of winning the World Cup, playing seven games. Why not win it? The important game is Costa Rica, starting the World Cup well, the group. Of all the ones I've played, we have never started with a win so it would be good if we do."
Busquets also spoke about Ansu Fati, saying that "he looks very good, he has not been getting all the minutes he needed at Barça, but the call-up has given him a confidence boost and that desire to show what he has done previously -- being a different and special player.
"He has been doing very well in training and in the friendly match. The confidence of the coach and his teammates is important. I hope he is at his best level and helps us a lot."
Follow us on Google news, Twitter and on Facebook
Loading...