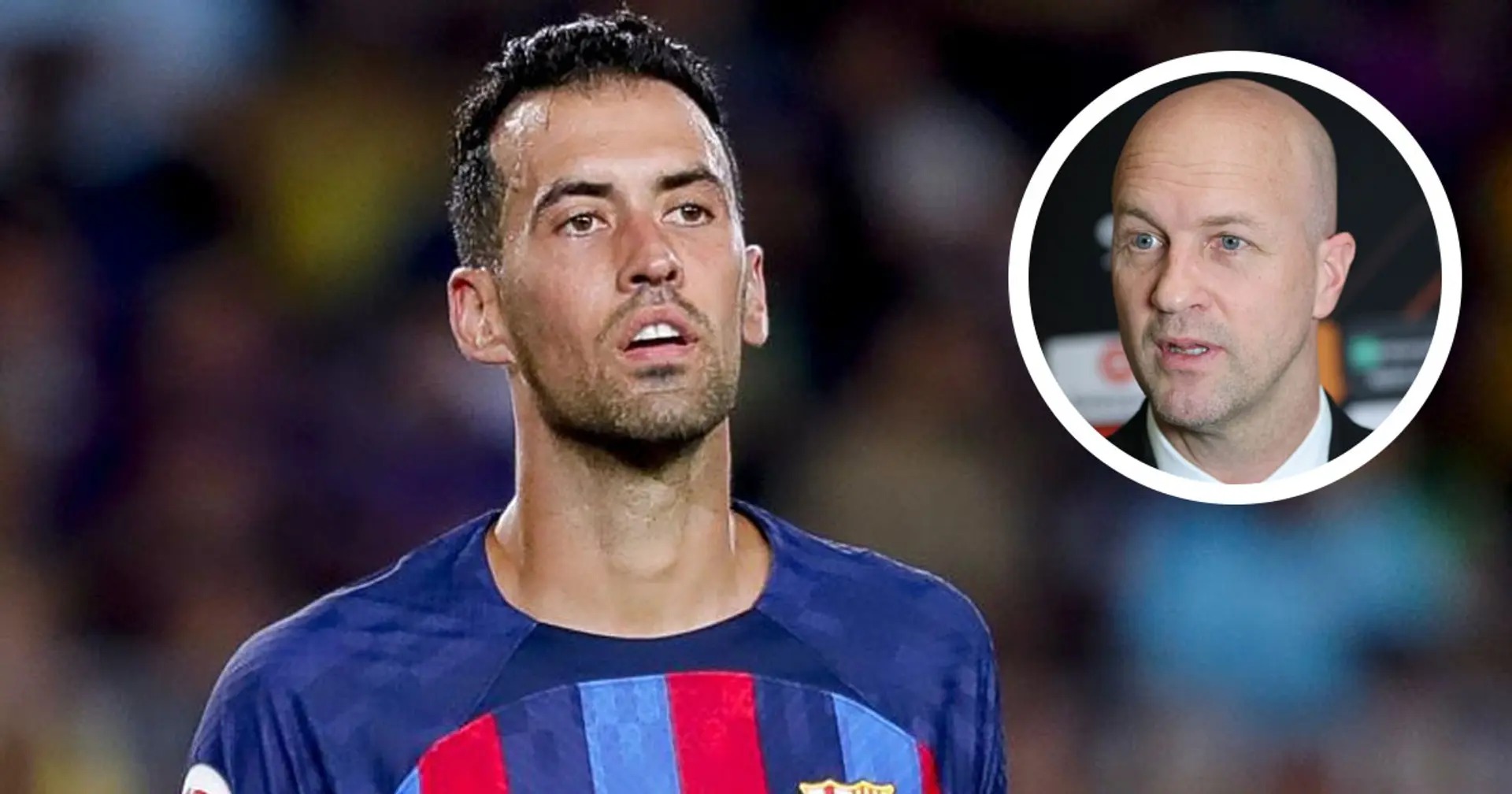 Speaking about plans to speak to Sergio Busquets over his future at Barcelona, Jordi Cryuff said: “When he returns from the World Cup, with time, obviously there will be answers because the club also has to plan for the future,.
“Busquets deserves that respect, that he himself can decide how and when.”
Busquets is reportedly ready to leave Barca after his contract expires in the summer and isn’t planning to renew his deal with the club. That’s why the club wants clarity over his decisions, as they’ll have to start to plan potential replacements.
He could join Inter Miami on a free transfer next year and possibly re-unite with Lionel Messi if the Argentine also decides to move to the MLS side.
Source: Sport
Follow us on Google news, Twitter and on Facebook
Loading...