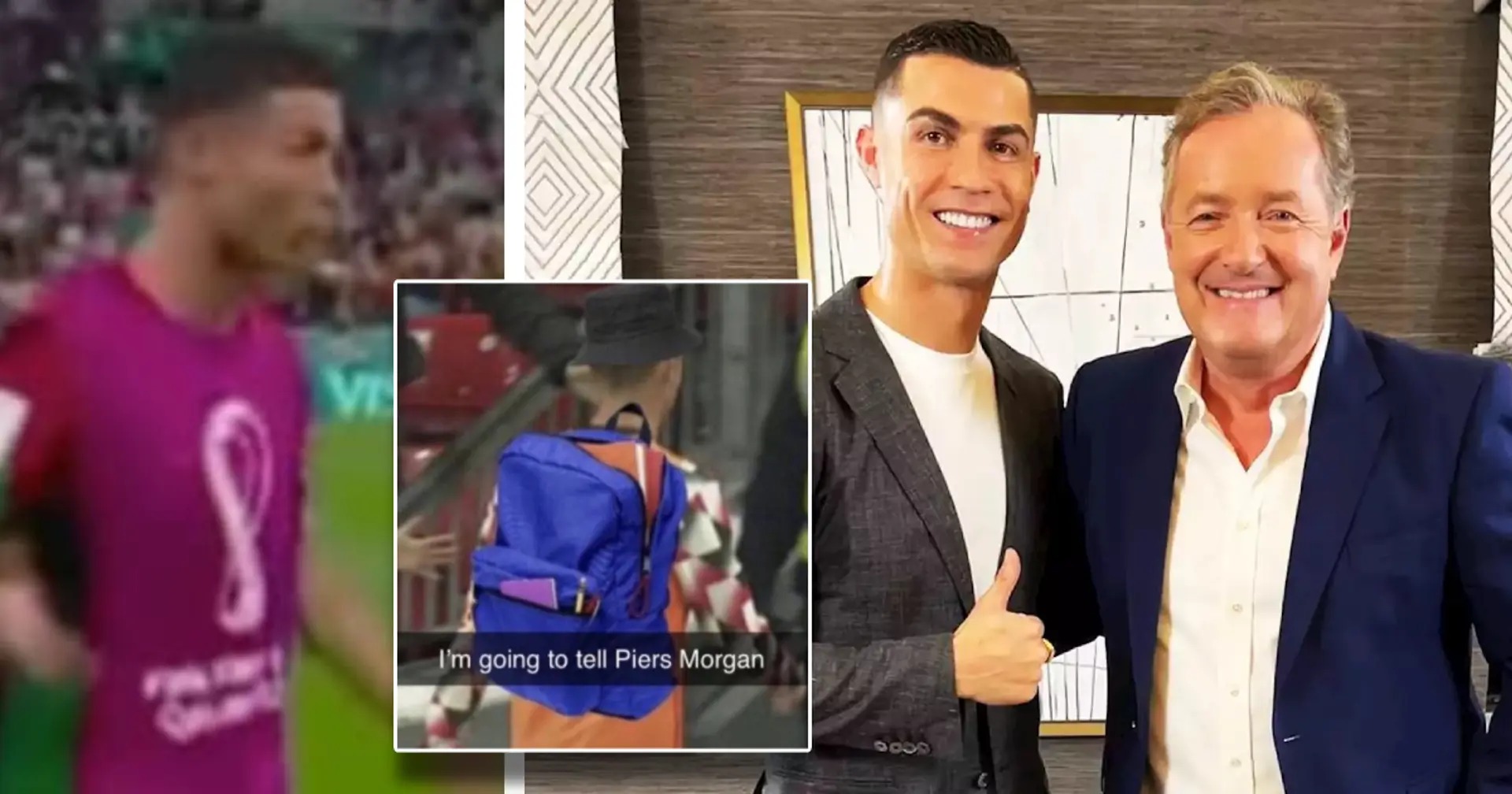 The memes about Cristiano Ronaldo complaining to Piers Morgan about his goal being awarded to Bruno Fernandes are coming true.

Ronaldo hearing FIFA announce it as a Bruno goal pic.twitter.com/DPzz5OAynw

On Fox Sports, former United States international Alexi Lalas revealed: "I was just with Piers Morgan.
"He said that Cristiano texted him from the locker room saying he believes that it touched his head. Who knows…"
Ronaldo's bombshell interview with Piers Morgan led to his shocking exit from Manchester United. And it appears he trusts the TV host more than VAR or literally anybody who's watched the game.
Replays clearly showed the cross from Bruno went inside the net unaided by Ronaldo, whose head did not touch the ball at all.
Despite his initial celebrations, VAR gave the goal to Bruno, who rightfully deserved it.
Regardless of the drama, Portugal beat Uruguay 2-0 and are through to the Round of 16 of the World Cup.
Source: GiveMeSport
Follow us on Google news, Twitter and on Facebook
Loading...