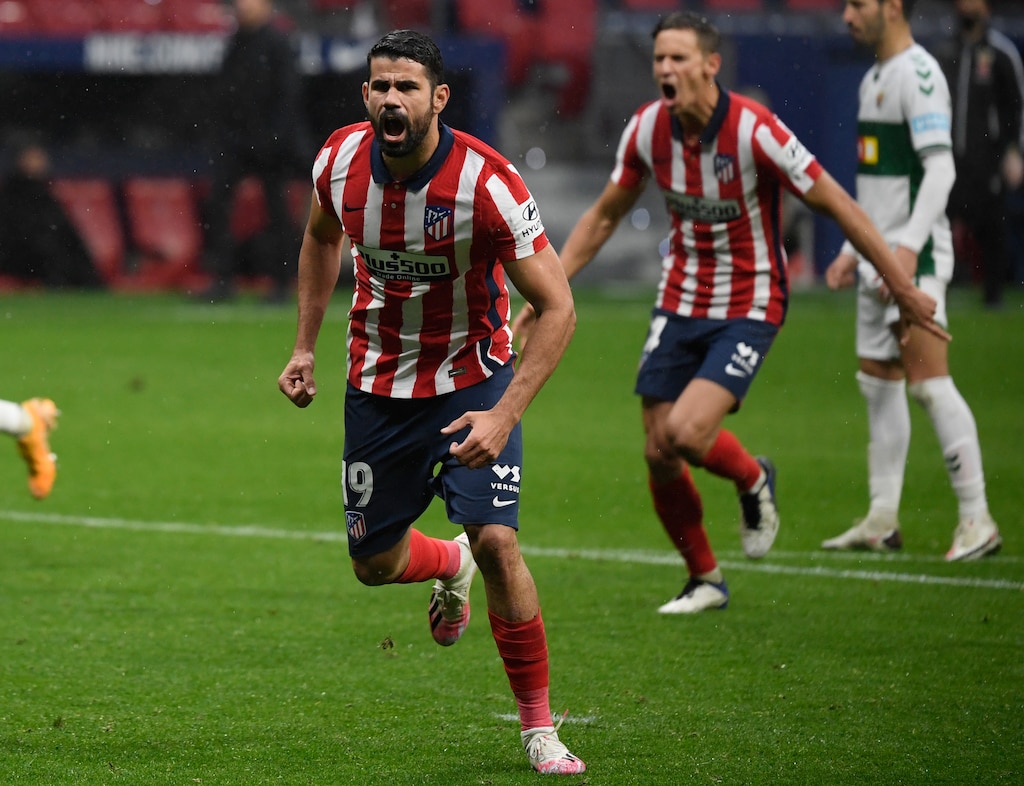 Former striker of Chelsea Diego da Silva Costa Stats, Salary, Achievements, Net worth
Introduction
All you need to know about Diego Costa when he was a striker at Chelsea Football club. In this article, you will know how long he played for Chelsea, also his early life and career.
Overview
Diego de Silva Costa was born on the 7th of October 1988. Costa was born in Lagarto, Sergipe, his both parents are from brazil. He was commonly known as Diego Costa, he is a professional footballer who has played as a striker both for Premier League Club (Wolverhampton Wanderers) and also the Spain national team.
Diego Costa's profile and bio summary

Diego Costa started his football career in Brazil which he later join the Portugal in the year 2006 at that time he was 17 year old. He was later signed with the Atletico Madrid in the following year. Diego Costa played very well during the period he was signed to play for La Liga club in the year 2009. In the year 2011, he returned back to Atletico Madrid and began scoring goals. He was blossomed as a goalscorer and helped the team to win a La-Liga title which include a Copa del Rey title, and a UEFA Super Cup. His great performance attracted the attention of many big clubs, so in the year 2014 Costa was transferred to Premier League club that is Chelsea in deal worth of €35 million. Diego Costa has won three trophies, including two Premier League titles, and a Leaque Cup. In the year 2018, when the head coach was Antonio Conte, Costa decided to returned to Atletico Madrid in a club record transfer worth of an initial sum of €56 million, there was when he won a UEFA Europe League title and another UEFA Super Cup.
Diego Costa is a dual citizen of Brazil and Spain. He had played twice for Brazil in the year 2013, he decided to represent Spain, because he was granted Spanish citizenship in September that same year. He did so well during that period, he won 24 caps and scored 10 goals and since he was so good at football the Spanish decided that he was going to play for them at 2014 and 2018 FIFA World Cups.
Diego Costa as a striker in Chelsea
After he has completed his medicine in June, Chelsea announced on 1 July that they have agreed to meet with the agreement deal of €32million. On 15-July, Chelsea was confirmed to signed Costa into the club Chelsea
In the year 2014 to 2015 season, Costa scored on his Chelsea Debut on 27 July, running onto a through ball from Cesc Fabregas in a 2-1 friendly win against Slovene club Olimpia. Diego Costa first competitive match was Chelsea’s first game of the league season away to Burnley on the 18th August; it was 3-1 victory. And so he played, he keeps scoring goals. He scored in his third consecutive match on 30 August, and his first and last goals of a 6-3 win at Everton, his first goal came after 35 second and he was given the Premier League of the month.
In his 2015-2016 season, Diego Costa experienced an injury which made him missed the 2015 FA Community Shield, that made Chelsea lost to 1-0 torivals Arsenal. On the 23 August, Costa scored his first goal after his injury of the campaign in a 2-3 win at West Bromwich Albion that was Chelsea’s first victory of the campaign which was set up by the international teammate Pedro. He scored his First Champions League goal for the Chelsea on 16 September, that is a volley from Cesc Fabregas ball in a 4-0 win over Maccabi TeiAviv.

The former Chelsea striker is not married but had dated Brazilian model Michele Zuanne, but they separated. He is currently believed to be single and probably focusing on his career. You can also access Diego Costa's photos on his official social media accounts to see his appearance.

Isadora Costa is Diego's first child. However, she has kept the details of her mother private. In 2018, he had his second daughter with his wife. A Source revealed that he even asked permission to be excluded from Spain's UEFA Nations League matches against England and Croatia. It was due to his wife's pregnancy and the expected delivery date.

The Spanish international joined Wolverhampton Wanderers in September 2022 on a free transfer to replace injured Austrian striker Saša Kalajdžić. Silva played for the Brazilian side Atletico Mineiro but the club terminated his contract in January 2022.

What teams have Diego Costa played for?

The striker spent his youth career playing for Barcelona EC before moving to Europe. He made his senior debut for Braga in 2006 and was loaned to Penafiel. Diego moved to Atletico Madrid from 2007 to 2009 but was loaned to Braga, Celta, and Albacete. He played for Valladolid from 2009 to 2010 and scored 8 goals in 34 appearances.

The striker played for Atletico Madrid from 2010 to 2014, scoring 43 goals in 94 caps. He was later loaned to Rayo Vallecano. He joined Chelsea in 2014 and has scored 52 goals in 87 appearances. Diego Costa's Chelsea career ended in May 2017 before returning to Spain.

The 33-year-old re-joined Atletico Madrid in 2018 and stayed for two seasons before heading to Atlético Mineiro in 2021. He now joins Wolves after agreeing to a one-year contract.

The striker will wear jersey number 29 at Wolves. He has also used the no. 19 jersey with Spain and Chelsea. Besides his career titles, the player also has impressive stats for a striker.

According to sources, the footballer has an estimated net worth of $40 million that he has made from his career. In addition, he is believed to be among the wealthiest strikers in football.

The Wolves striker has an overall rating of 76 in FIFA 22. He has excellent ball control, a strong mentality, and shooting power. He is also good at aerial balls.
Follow us on Google news, Twitter and on Facebook
Loading...