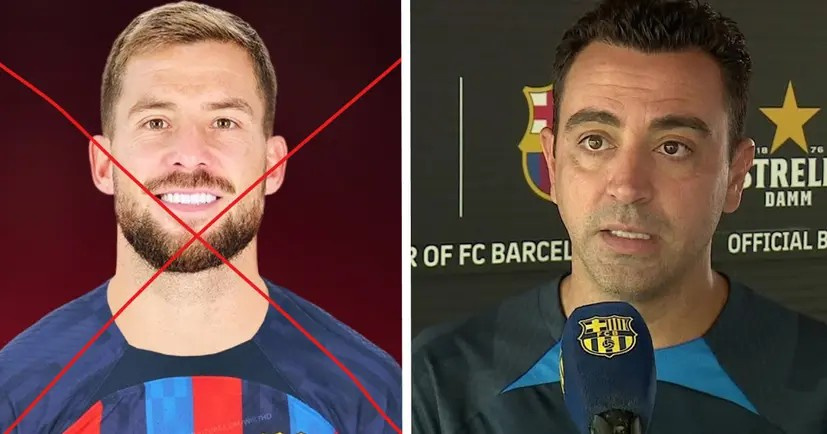 Barcelona have confirmed that they simply cannot make any new signings in January with comments from technical director Jordi Cruyff.
However, the departure of Gerard Pique before the World Cup means that there's a void to be filled in defence. Multiple reports linked Ingo Martinez to Barca as Pique's replacement but that's obviously not going to happen based on Cruyff's comments.
According to Mundo Deportivo, Xavi has turned to La Masia rising star Chadi Riad to fill the void left by Pique.
Riad was handed his senior debut by Xavi in Barca's 2-1 win against Osasuna back in November and the 19-year-old didn't disappoint, although he was only on for the final few minutes of the game.
Xavi is said to trust the young Moroccan because he fits the bill of what the gaffer needs at the moment - a left-footed centre-back.
What's more, Riad is already a big man, he stands at 1.87m, which means he's over six-foot tall.
If the Riad experiment works, Barca would end up saving millions while unearthing yet another gem from their famous La Masia Academy.
Source: Mundo Deportivo
Follow us on Google news, Twitter and on Facebook
Loading...