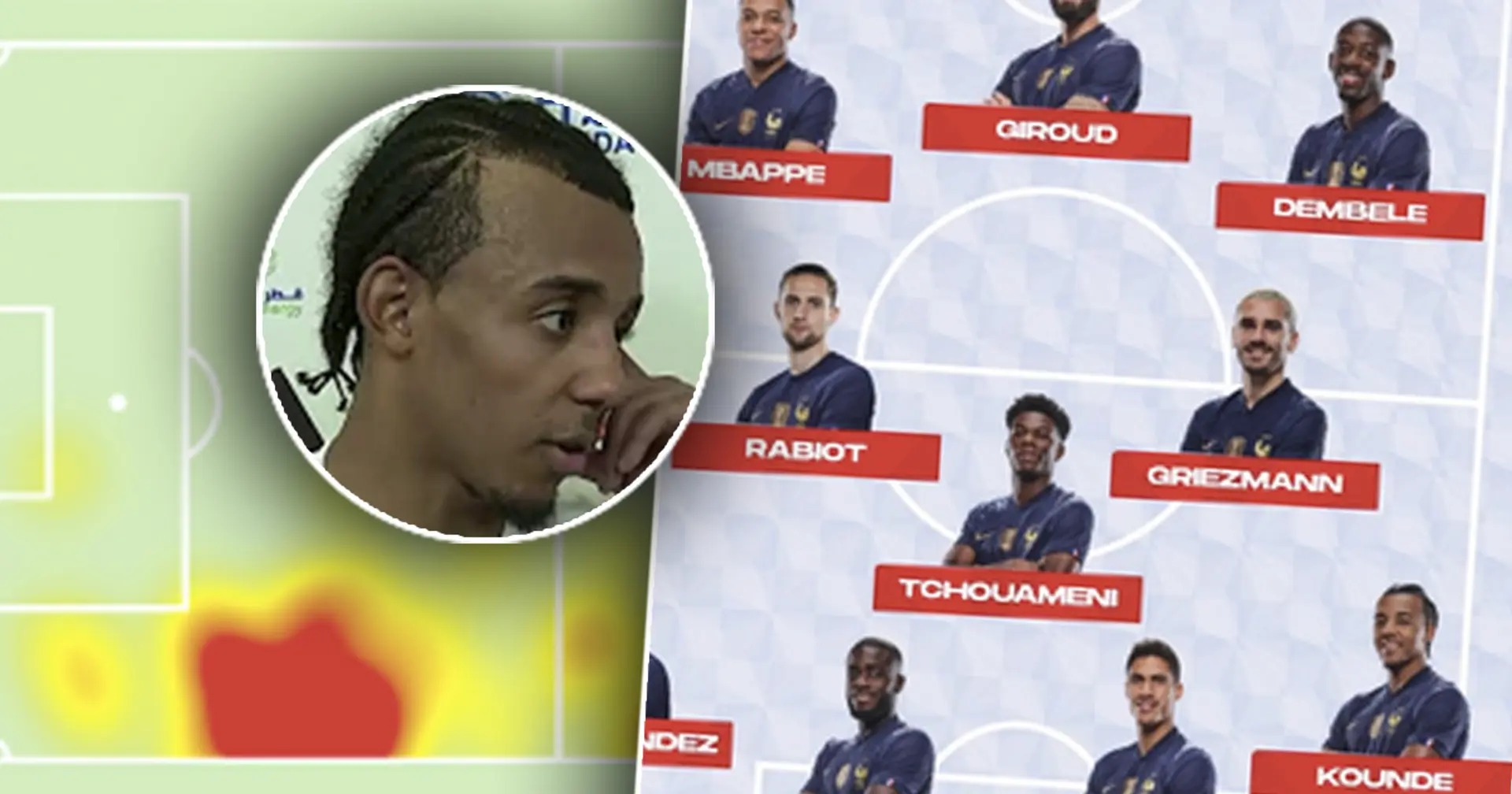 Jules Kounde has had another impressive performance at right-back as France beat Poland 3-1 in the World Cup last 16.

In the post-match interview, the Frenchman said that he actually feels 'more and more comfortable' playing there.

Some Barcelona fans still believe he should rather form a centre-back pairing with Ronald Araujo at Blaugrana. The others, however, insist that he is good enough to be our first-choice right-back.

💭 Alexander Nielsen: "Play him at right-back until we get a proper one. Christensen and Araujo as centre backs."

💭 Matken: "In terms of performance and actual needs of the team - he has played his best games as a right back for us."

💭 Ketna1995: "He played his best matches for Barca as right-back, so for me he is definitely our best right-back at the moment. Anyhow, it's great to have someone who can play as centre-back and right-back."

💭 Arthur Coelho: "Him and Araujo is our centre-back pairing for years. What we need is to find right-backs now."

💭 kelvin kamdani: "Centre-back of course, pair him wih Araujo and we will have a strong duo for the next 10 to 15 years for sure. We need a proper right-back."

💭 gc1k: "As a centre-back, he is 10 times better than playing right-back. I'm not saying he cant play there, but we actually need a natural right-back instead of playing Kounde there."

Based on these reactions, the best solution would be playing Kounde in both positions depending on the opposition and the injury situation on the team – and this is what Xavi has been doing so far.

❓ What would you prefer – Kounde at centre-back or Kounde at right-back? Why?