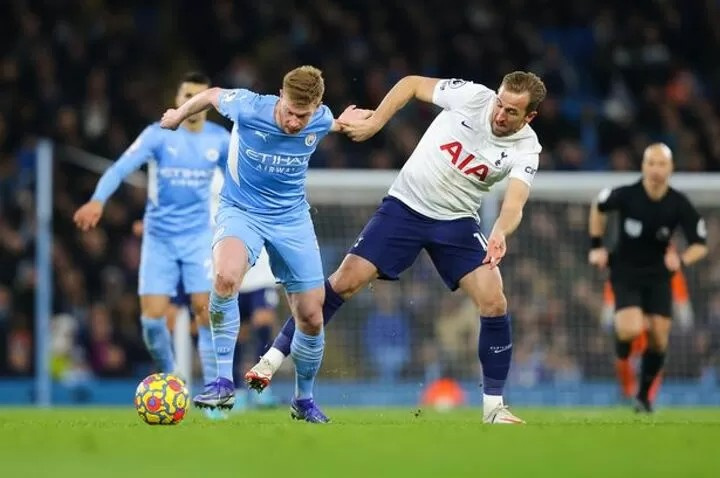 Three more Manchester City fixtures in February have been selected for TV coverage, including the eagerly-anticipated trip to Tottenham Hotspur.
As a result, City's trips to Spurs, Bournemouth and the home fixture against Aston Villa have all had their kick-off times changed. The away fixture against Tottenham will now take place on Sunday February 5, with a 4.30pm kick-off, and a week later Villa travel to the Etihad on Sunday February 12 with a 4.30pm kick-off.
The trip to Bournemouth has been pushed back to a 5.30pm kick-off on Saturday February 25, with all three fixtures being shown live on Sky Sports.
However, if either City or Bournemouth are in the Carabao Cup final, scheduled for that weekend, the game would be rearranged.
The fixture changes mean that City's trip to Nottingham Forest on Saturday February 18 will not be broadcast live on TV in the UK, and will remain a 3pm kick-off.
February will be a busy one for City, with five Premier League fixtures, the Champions League last-16 first leg away at RB Leipzig, and that potential Carabao Cup final.
* - will be rearranged if City or Bournemouth reach Carabao Cup final.
Follow us on Google news, Twitter and on Facebook
Loading...