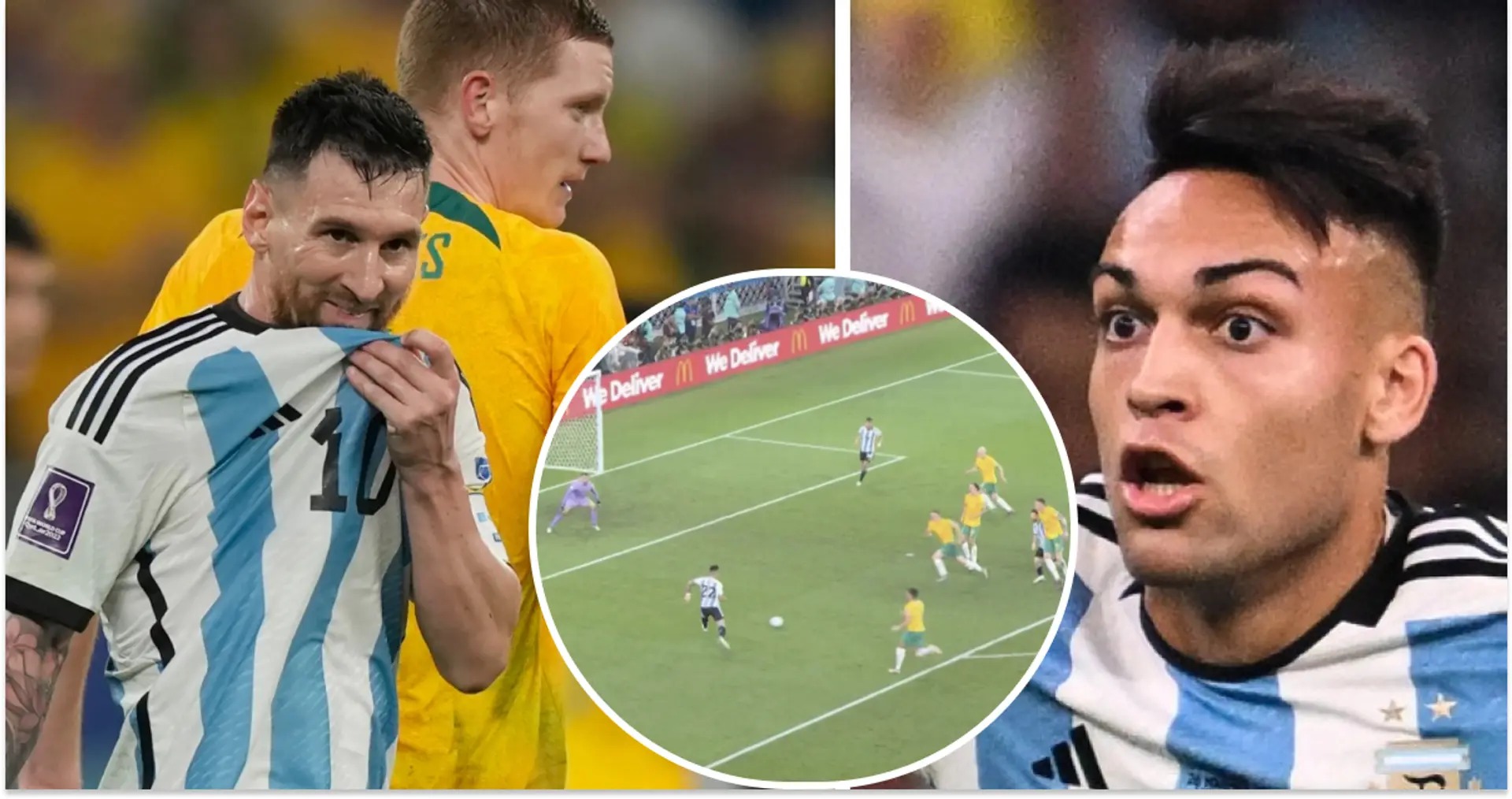 Had it not been for Lautaro Martinez's miss, Lionel Messi could have marked an assist in addition to his goal against Australia on his 1,000th career appearance.
Leo put it on a plate for Lautaro, yet the latter missed the opportunity to score.

It didn't take long for the fans to react.
Itstoocold: "This is Messi’s new Higuain"
Pxdressi: "Higuain never left".
Ali: "Lmao he took Alvarez out for this bum?"
Nikos: "He didn't shoot it wide. He SKIED it".
Shebi: "Dembele vs Liverpool flashbacks".
Benson: "Higuain regen".
Johyan: "Lautaro Martinez giving me Dembele vs Liverpool vibes after that Messi pass"
To recall, Barca played Liverpool back in 2019. Leading 3-0 at Camp Nou, Messi teed up Ousmane Dembele, who was surely about to kill off the tie once and for all.
Incredibly, Dembouz scuffed his shot straight at Alisson, but nobody could have known the implications of that awful miss.
Liverpool produced the infamous comeback to win 4-0 in the second leg and progress to the final.
Luckily for Messi, his team are through to the next round this time around.
The Albiceleste will face the Netherlands on Friday, December 9.
Source: Twitter
Follow us on Google news, Twitter and on Facebook
Loading...