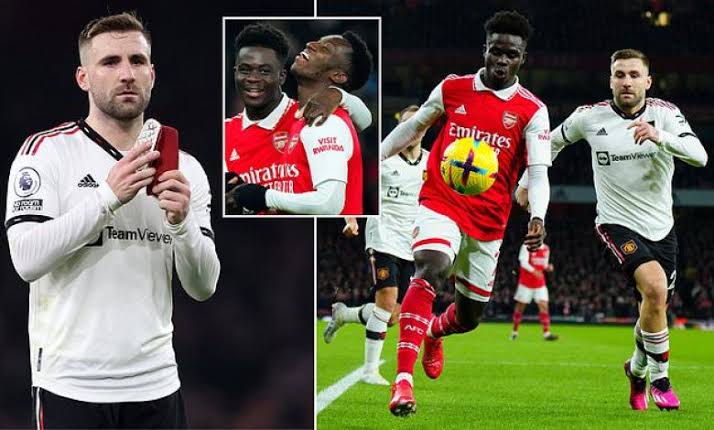 "In the second half we deserved that, we were a bit passive and let them control the game completely," Luke Shaw told Sky Sports after the game.

"To concede right at the end is gutting. We were fighting to the last second but we have to concentrate for the full game and one lapse in concentration could cost you a goal.

"Always coming to the Emirates, they start really fast. We had a bit more control in the game, aggressive and winning the ball high up but we backed off in the second half and they had chance after chance. They were going to have one more chance late on.

"You have to give them credit for what they have done this season, they deserve to be at the top with how they are playing."

Thanks for the kind words, Shaw! It's nice to see rivals admitting how good Arsenal are.

After beating the Red Devils 3-2, the Gunners are five points clear of Man City and 11 points ahead of Newcastle and United.