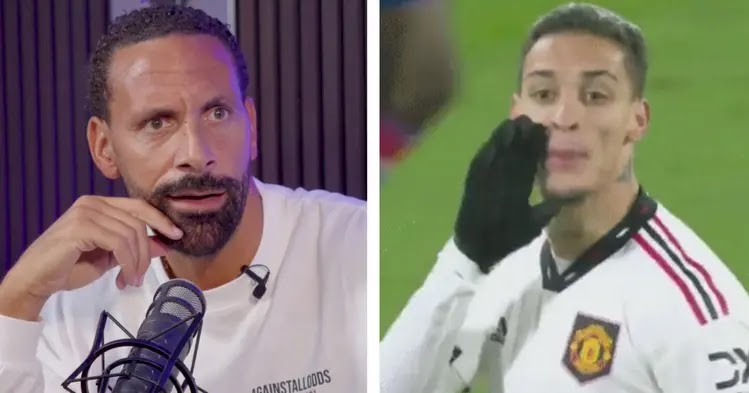 "The concerning thing for me with somebody like Antony is that he can't beat anyone – and for a Brazilian that's surprising," explained Rio Ferdinand on his Vibe with Five podcast.

"He just doesn't beat anyone and I'm sitting there thinking, 'Was that always the way?'

"I've seen clips of him when he was at Ajax and he was somebody who used to beat people.

"I saw [Thomas] Partey – who I wouldn't put down as like a roaster, a sprinter – absolutely burst past him, and I'm thinking, 'Woah, he [Antony] hasn't got much power in them legs'."

The Manchester United legend added: "So, yes, he's a tricky winger, but tricky wingers you want them to still be able to beat the defender.

"Even [Oleksandr] Zinchenko, he's a great player, great footballer, but defensively you get him one-v-one and you're a wide-man, you should feel, 'I can get hold of this guy and I can deal with him'."

Antony was far from his best in the 3-2 loss to Arsenal and time is running out for him to improve further.

The Brazilian made a strong start to his career at Old Trafford but has, unfortunately, failed to build momentum since the World Cup.