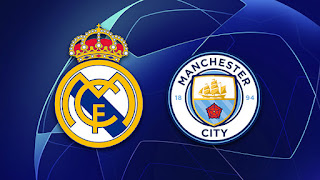 The proposed date and venue of the Champions League clash between Manchester United and Real Madrid have been released.
The reverse fixture of the clash is supposed to be played at the Etihad Stadium but due to the outbreak of the deadly pandemic virus that ravages the world the came was earlier postponed and the venue was also changed as it would be played in Lisbon.
The eight-team mini-tournament will be played in Lisbon, but the Manchester City and the Real Madrid clash will be played before the eight-mini tournament will be staged.
Manchester City will not have the opportunity to play in their Stadium despite having a 2-1 advantage against Real Madrid.
While still a report, it seems fairly credible as other reports have placed the entire remaining Champions League fixtures in Lisbon.
Real Madrid will play their next La Liga game against Eibar on Sunday at the Alfredo di Stefano Stadium
Follow us on Google news, Twitter and on Facebook
Loading...