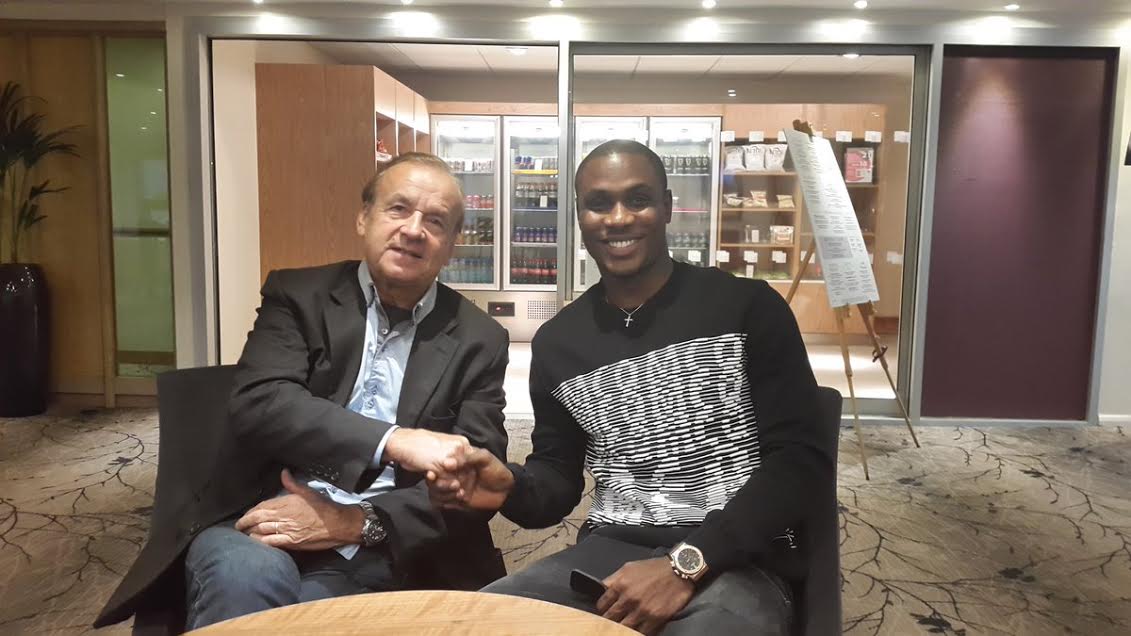 Super Eagles’ coach, Gernot Rohr has admitted he did not dress returnee striker, Odion Jude Ighalo for Saturday’s World Cup qualifier against Liberia simply because the Al-Shabab of Saudi Arabia star got to camp late.
Megasportsarena.com reports that the Franco-German gaffer went on to affirm that Ighalo was recalled to the Eagles from his almost two years of international retirement in order to add some experience to the young attack.
He, however, refuted speculation that he is worried with his side’s goals scoring prowess, as statistics show they Eagles have struggled to score goals in the Qatar 2022 qualifiers, averaging 1.2 from open play in five games.
After five rounds in the 2022 World Cup qualifiers, only three Eagles’ players have scored from open play, being Kelechi Iheanacho (with two against Liberia in the first leg), Victor Osimhen (now with three after his penalty on Saturday) and Leon Aderemi Balogun versus CAR.
However, Rohr insists Ighalo was not recalled to the team because of the scoring problems and confirmed that the former Manchester United star did not participate in today’s match due to his late arrival in camp.
“The reason why we asked Ighalo to come back is that we have such a young team, they are very young 22, 23, 21.
“Our strikers are all very young, Ejuke is coming now, Chukwueze is coming back from injury.
“Everybody is young, we need somebody to help them with his experience in the striker position and he’s good goalscorer we know it.
“We are happy to have him back, he only arrived on Thursday that’s why he couldn’t participate in this match.
“I hope that in the next match next Tuesday he will be able to help us much more,” Rohr concluded.
Follow us on Google news, Twitter and on Facebook
Loading...