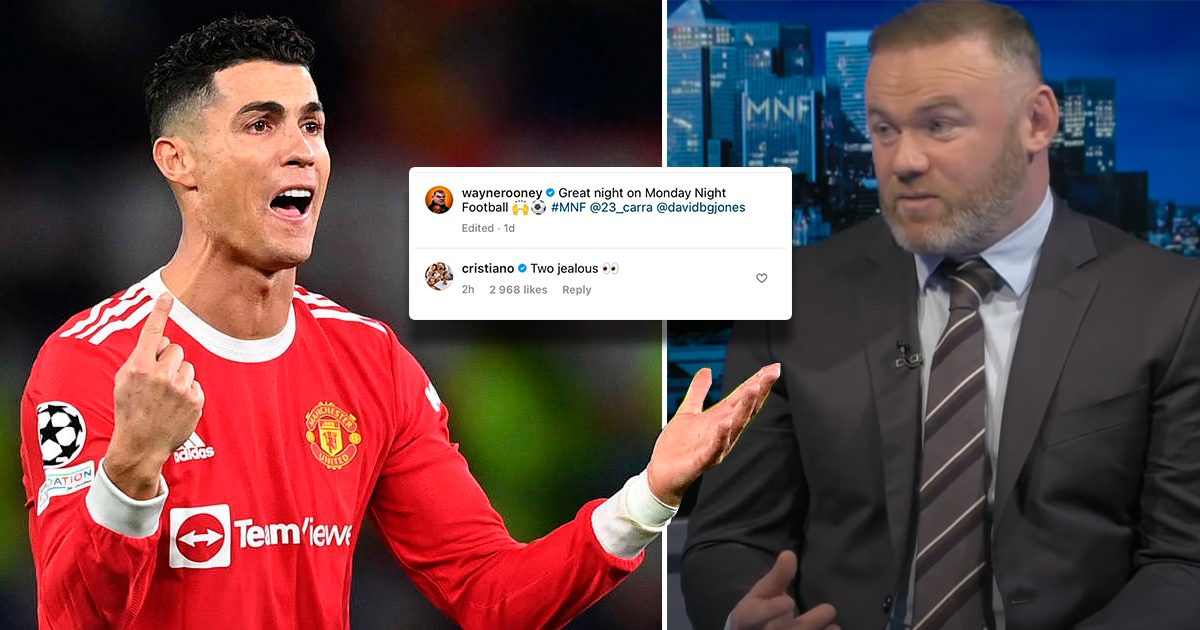 Earlier this week, Wayne Rooney made an appearance on Sky Sports' hugely popular Monday Night Football football.
The Derby County manager spoke at length about Manchester United, criticising the Red Devils' decision to bring Cristiano Ronaldo back last summer.
The 36-year-old said: "It hasn't worked] at the minute. Yes, Ronaldo has scored goals, important goals. But if you're looking at the future of the club, you have to go with younger, hungry players."
Ronaldo chose to react to Rooney's statement on the latter's Instagram page, leaving a comment which consisted of just two words: '"Two jealous".
Whether the Portuguese was referring to Rooney being jealous of his career or to the two presenters alongside the 36-year-old remains to be seen.