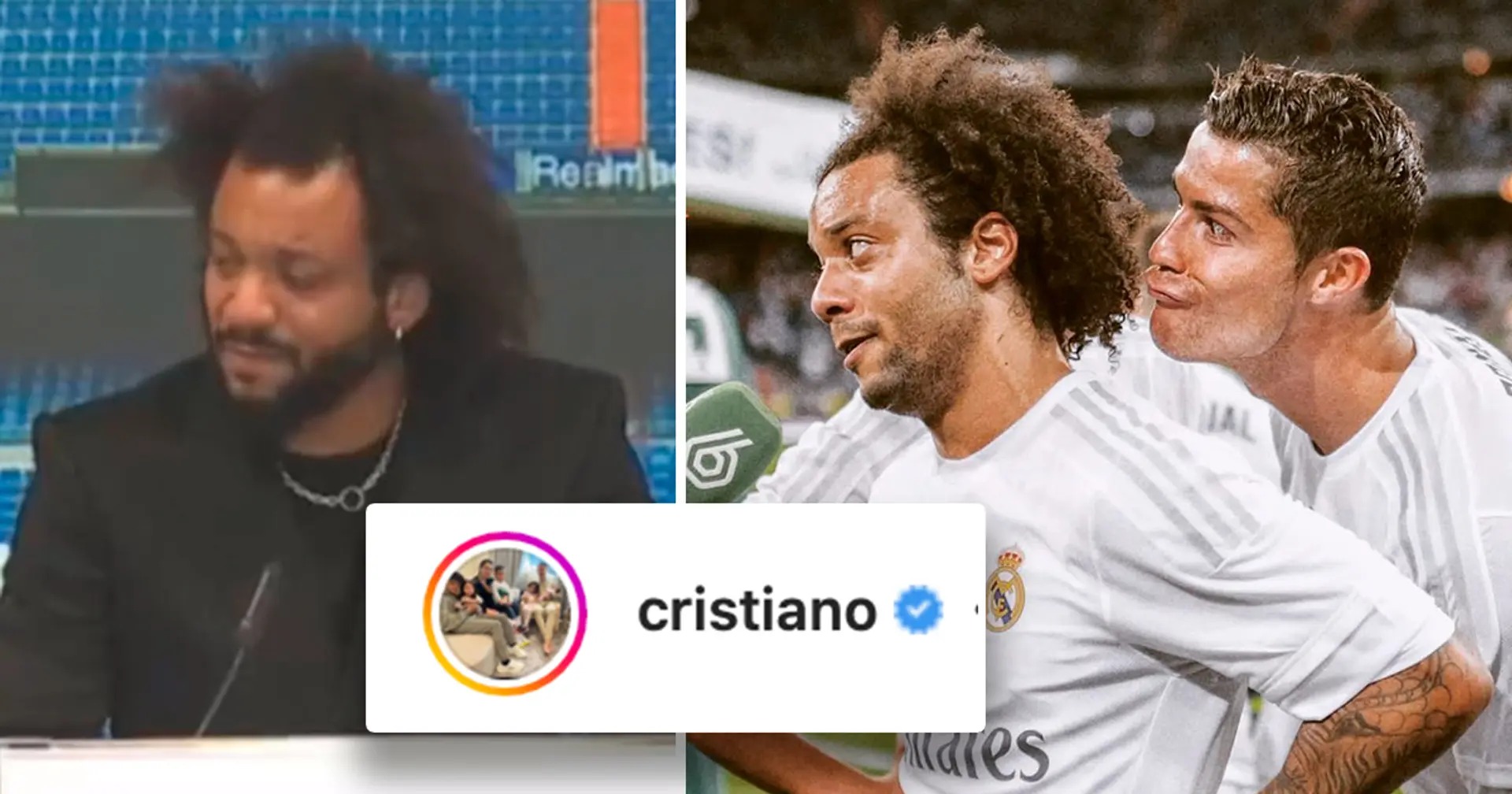 Real Madrid have announced the departure of Marcelo after 15 years at the club. The Merengues even held a special farewell ceremony for the left-back.
Cristiano Ronaldo, like other Madridistas, has sent a special message to his former teammate.
"More than a teammate, a brother that football gave me. On and off the fields, one of the biggest stars with whom I had the pleasure of sharing a locker room. Go with everything on this new adventure, Marcelo!" Cristiano has written on his Instagram. 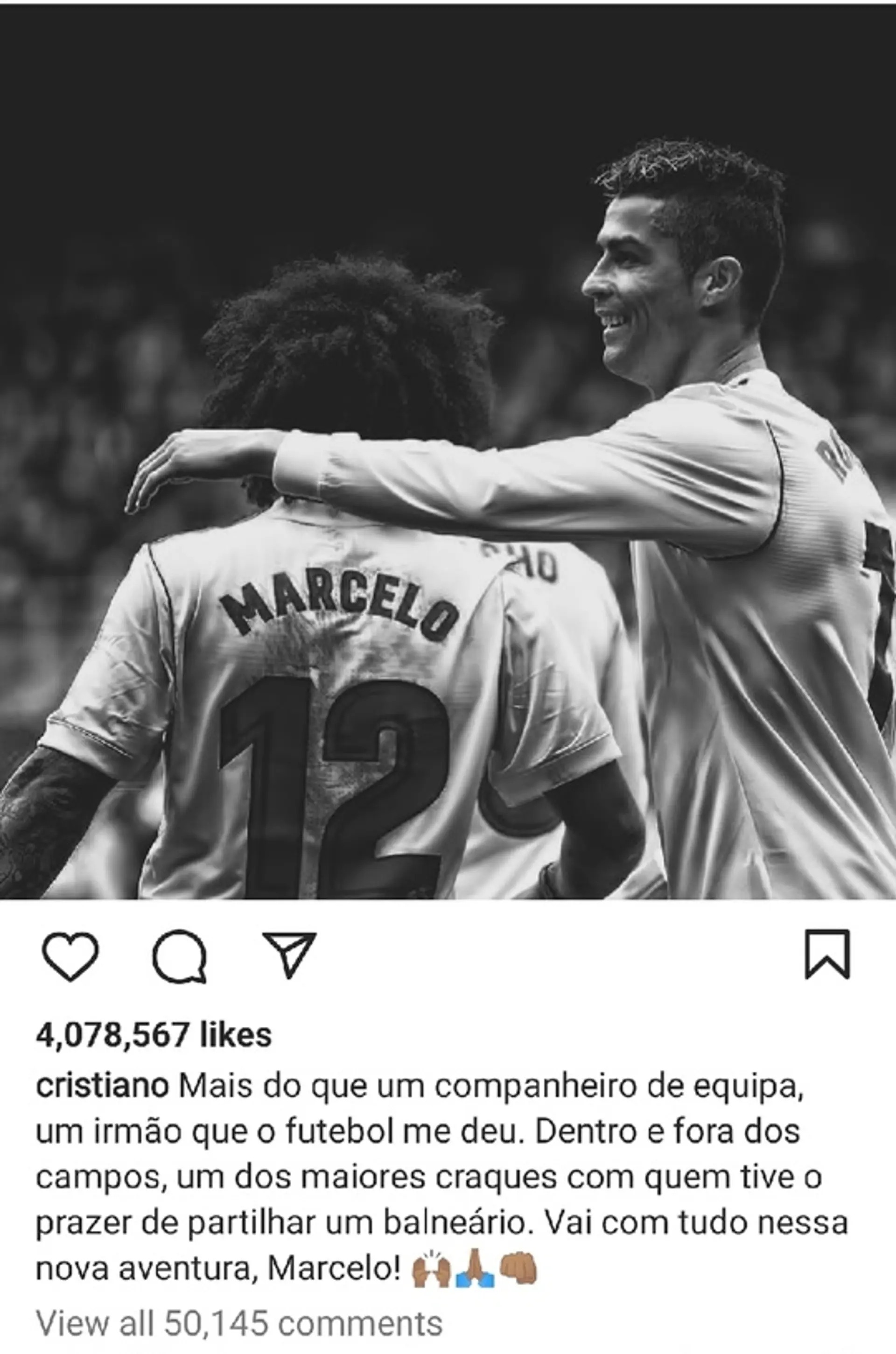 Ronaldo and Marcelo played together for 9 years at Real Madrid, between 2009 and 2018. In total, the two played 322 matches together and combined for 33 goals.
They are also known to have a great relationship off the field.
Source: cristiano @ instagram
Follow us on Google news, Twitter and on Facebook
Loading...