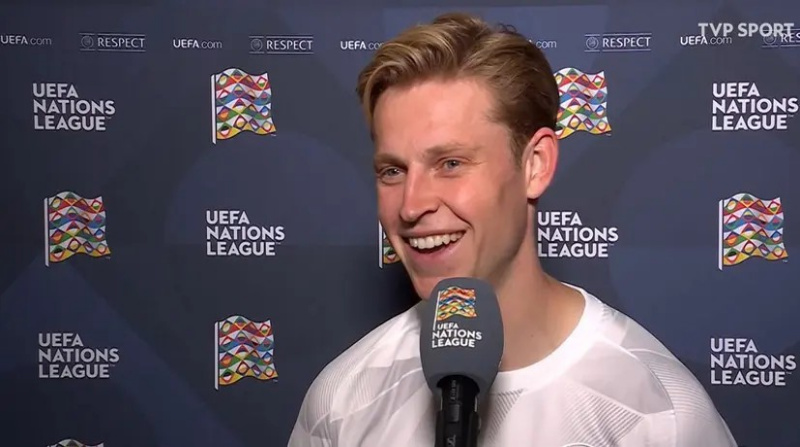 "Willing to replace the beaches of Catalonia for the cold of Manchester? No, I can't, I can't say anything," Frenkie de Jong has told ESPN laughingly.

Frenkie has been linked with a possible move to Manchester United this summer. As per the latest reports, the Dutchman has given his okay to join the English team.

All there's left is for the clubs to agree on a price. Barcelona want to earn a total of €100m from De Jong's departure, while Man United have offered just €60m fixed plus €20m in add-ons in their first bid.