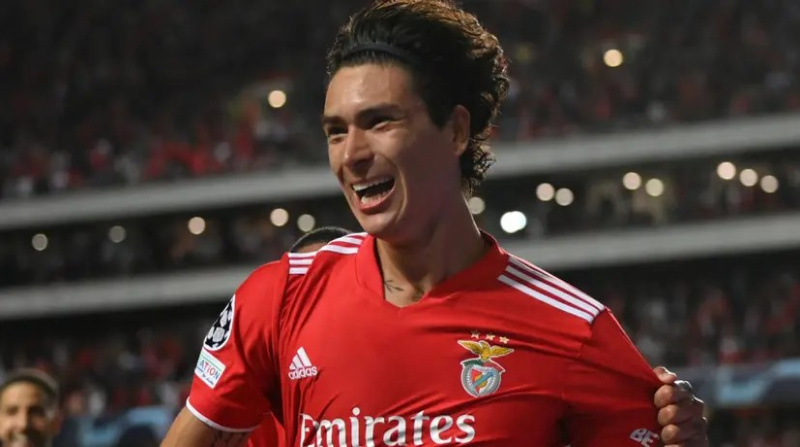 Darwin Nunez has joined Liverpool on a six-year deal, the Reds' official website has confirmed.

According to reports, Benfica will receive €75m plus €25m in add-ons for the 22-year-old.

The Uruguayan striker scored 34 goals in 41 games for the Portuguese club last season, including six goals in 10 Champions League matches.