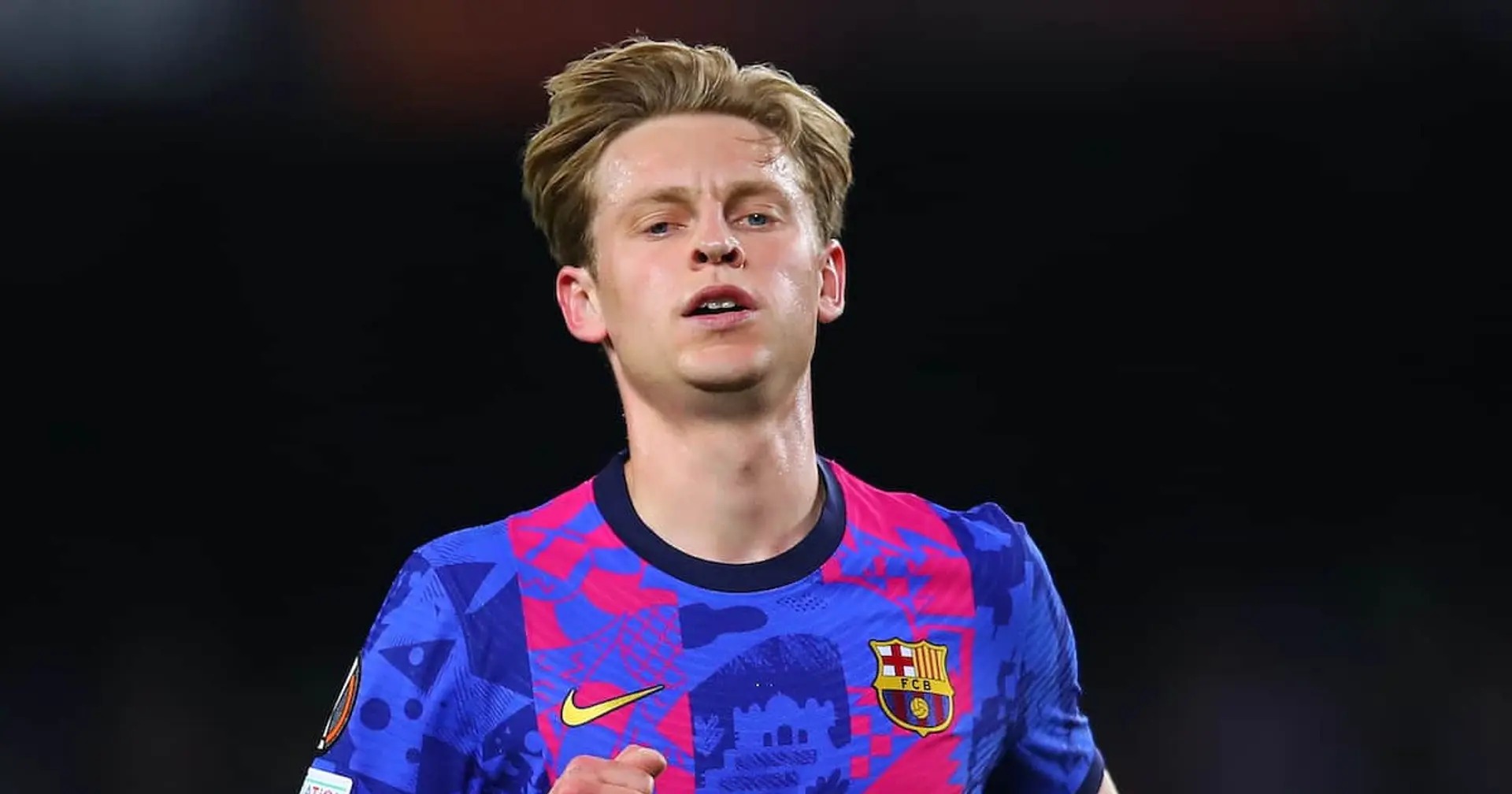 Frenkie de Jong is expected to leave Barcelona next week, according to Gerard Romero.
The top Catalan source suggests that Chelsea could be the likeliest destination for the midfielder.
The Blues have made an offer worth €70m plus Marcos Alonso for the midfielder, as per the latest reports. The player could be inclined to join them over Man United and play in the Champions League.
Fabrizio Romano adds that Chelsea have already contacted De Jong's camp as well as Barcelona over the potential move. They will only make a bid if they receive a green light from the Dutchman.
Speaking to the press after the Everton win, Thomas Tuchel revealed that the club keeps working on new signings - but midfielders might not be their priority.
Source: Gerard Romero
Follow us on Google news, Twitter and on Facebook
Loading...