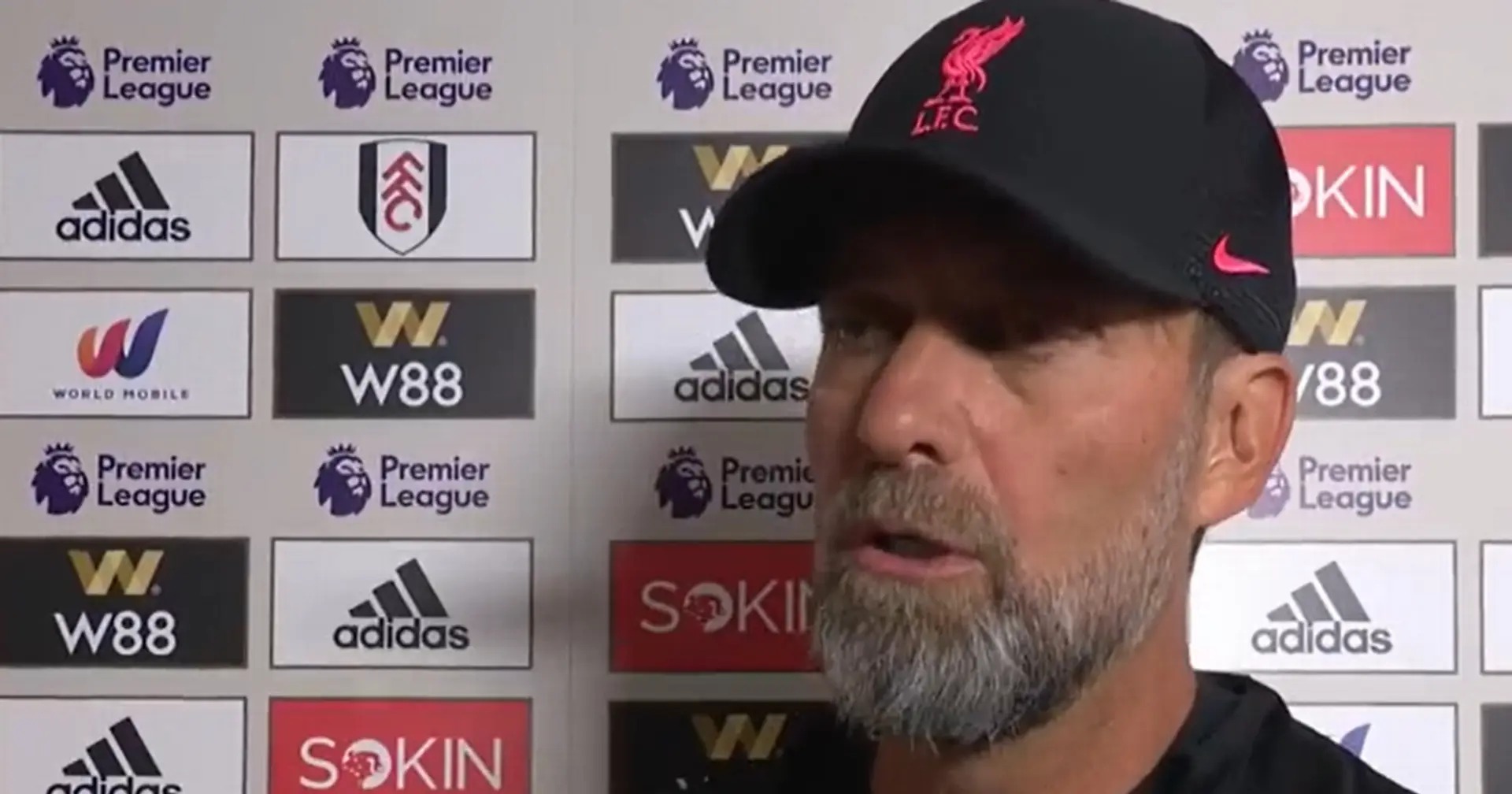 “We got a point from a really bad game from my side so now it’s a question of 'How can that happen?'," Jurgen Klopp told BT Sport after a 2-2 draw against Fulham.
"The attitude was not right in the beginning and then we wanted to fight back but it wasn’t easy anymore.
"The pitch was dry, stuff like this, we played really into their hands most of the time.
"The result is fine, I don’t think we deserved more than that but the performance was massively improvable."
Liverpool were clearly the second-best side on the pitch for a long period of the game against the side that spent the last season in the Championship.
Only after Darwin Nunez came on, Fulham's defence was under pressure they could not sustain, with both Nunez and Mo Salah registering a goal and an assist - but the game, on the whole, was clearly underwhelming from the Reds.
Source: BT Sport
Follow us on Google news, Twitter and on Facebook
Loading...