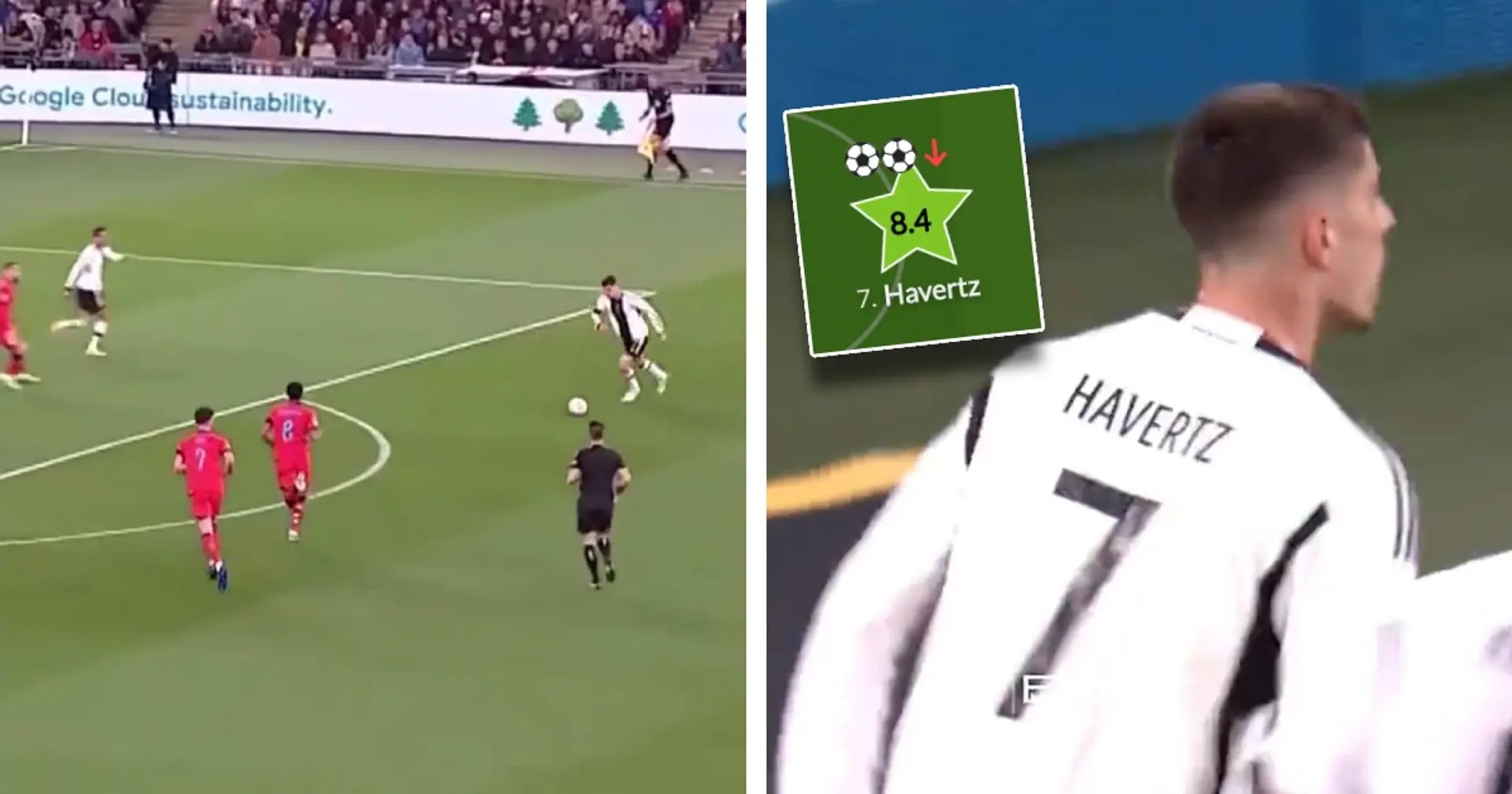 Kai Havertz stole the show in Germany's Nations League clash with England this evening as he scored a brace to split the points between the sides.
His first goal was a thing of beauty as he curled a long range effort in off the post before scoring the final goal of the game to level things at 3-3.
Kai Havertz stats vs England
80% pass accuracy
3 ground duels won
2 aerial duels won
2 tackles won
2 shots
2 goals
Source: Statman Dave
Follow us on Google news, Twitter and on Facebook
Loading...