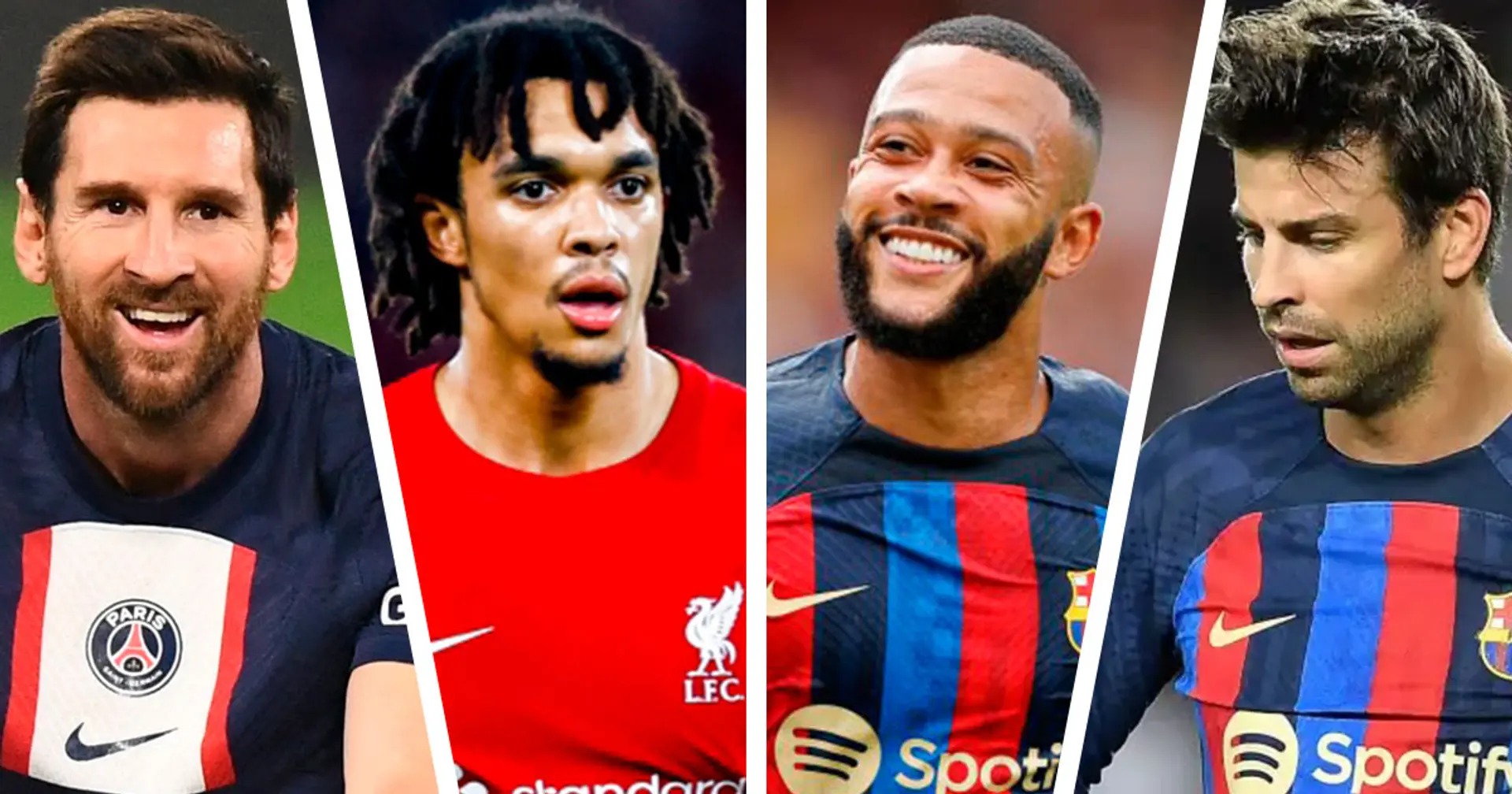 Barcelona never stop planning their transfer campaign, even if it's in a few months from now. There are plenty of fresh transfer rumours we can already collect into one big roundup.
INs
Leo Messi. Barcelona reportedly dream of the Argentine's glorious comeback next summer. The club will do their best to provide Leo with the project that suits his demands.
Top-class right-back. It may be Trent Alexander-Arnold or anyone else who can be called this way – Barca's number one priority is to strengthen the right side.
Martin Zubimendi. The defensive midfielder is said to be the chosen one to replace Sergio Busquets in the long term.
Inigo Martinez. The left-footed centre-back is likely to join Blaugrana as a free agent next summer.
Bernardo Silva. Barca are still said to be serious in their intentions to land the Portuguese playmaker.
Marco Asensio. Barcelona are studying the possibility of signing the Real Madrid winger for free next year.
Jose Gaya. If Jordi Alba leaves the club, the Valencia star will possibly be the one to replace him.
Youri Tielemans. This is the new name we've mentioned in the headline. The versatile Belgian midfielder is really admired by some board members and could be a free agent next summer.
OUTs
Antoine Griezmann. The Frenchman is finally going to sign for Atletico Madrid on a permanent deal – maybe for less than €40m.
Francisco Trincao. Sporting Lisbon reportedly have an obligatory €20m option to sign the player after his loan term expires next summer.
Samuel Umtiti. Barcelona will be able to terminate the Frenchman's contract next summer, per multiple reports.
Clement Lenglet. There is no buyout option in Spurs' loan agreement with Barcelona, yet Blaugrana are likelier to offload him than to keep.
Sergino Dest. The American wing-back is unlikely to come back to Barca. AC Milan could buy him out for €20m.
Sergio Busquets. The Barca legend could join Inter Miami next summer, yet his Blaugrana stay is again an option.
Gerard Pique. There is a rumour that Barcelona could unilaterally terminate Pique's contract if he doesn't play 35 per cent of all the matches this season. Anyway, there is a chance the 35-year-old would simply decide to retire.
Sergi Roberto. It is expected that the 30-year-old will leave the club as a free agent. He is said to be looking forward to a challenge in the United States.
Memphis Depay. Barcelona could part ways with the Dutchman whose contract expires next summer. As usual, there is much interest in the 28-year-old from outside.
Follow us on Google news, Twitter and on Facebook
Loading...