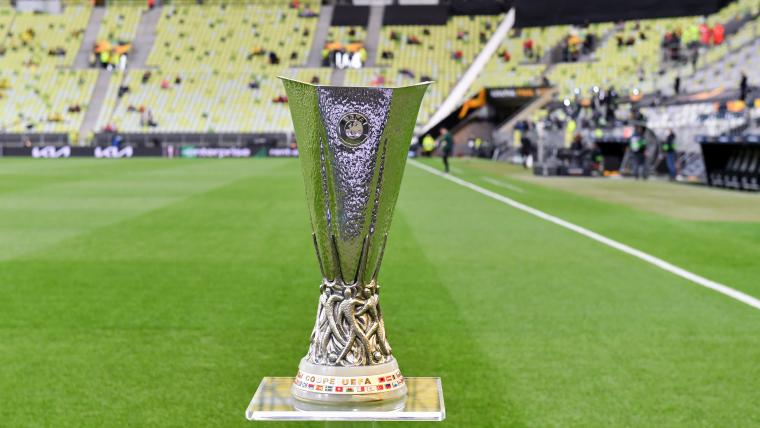 The 2021/22 Europa League final saw Eintracht Frankfurt defeat Rangers 5-4 on penalties as they lifted a rare piece of silverware.
With the new Europa League season kicking off, a number of clubs will be dreaming of doing the same in 2022/23.

The 2021/22 final was held at the Ramon Sanchez-Pizjuan Stadium in Seville, Spain and the location for this season's decider has already been locked in.

Where is the 2023 Europa League final?

UEFA have confirmed the 2022/23 Europe League final will be held at the Puskas Arena in the Hungarian capital of Budapest.

It is the first time the final will be hosted by Hungary since 1985, when Real Madrid beat local side Videoton 3-0 in the first leg, and 1-0 in Madrid.

When is the 2023 Europa League final?

The decisive game for the Europa League this season is scheduled to take place on May 31, 2023.

This is nearly two weeks later than the 2022 final and is likely the result of the 2022 FIFA World Cup which will see club football sidelined for six weeks.

The 2022/23 Europa League will officially begin with the first group stage matches on September 8, 2022.

This stage of the tournament will be squeezed into less than two months due to the World Cup and will be finished on November 3, 2022.

The Europa League then won't resume until the knockout round playoffs are held on February 16, 2023.