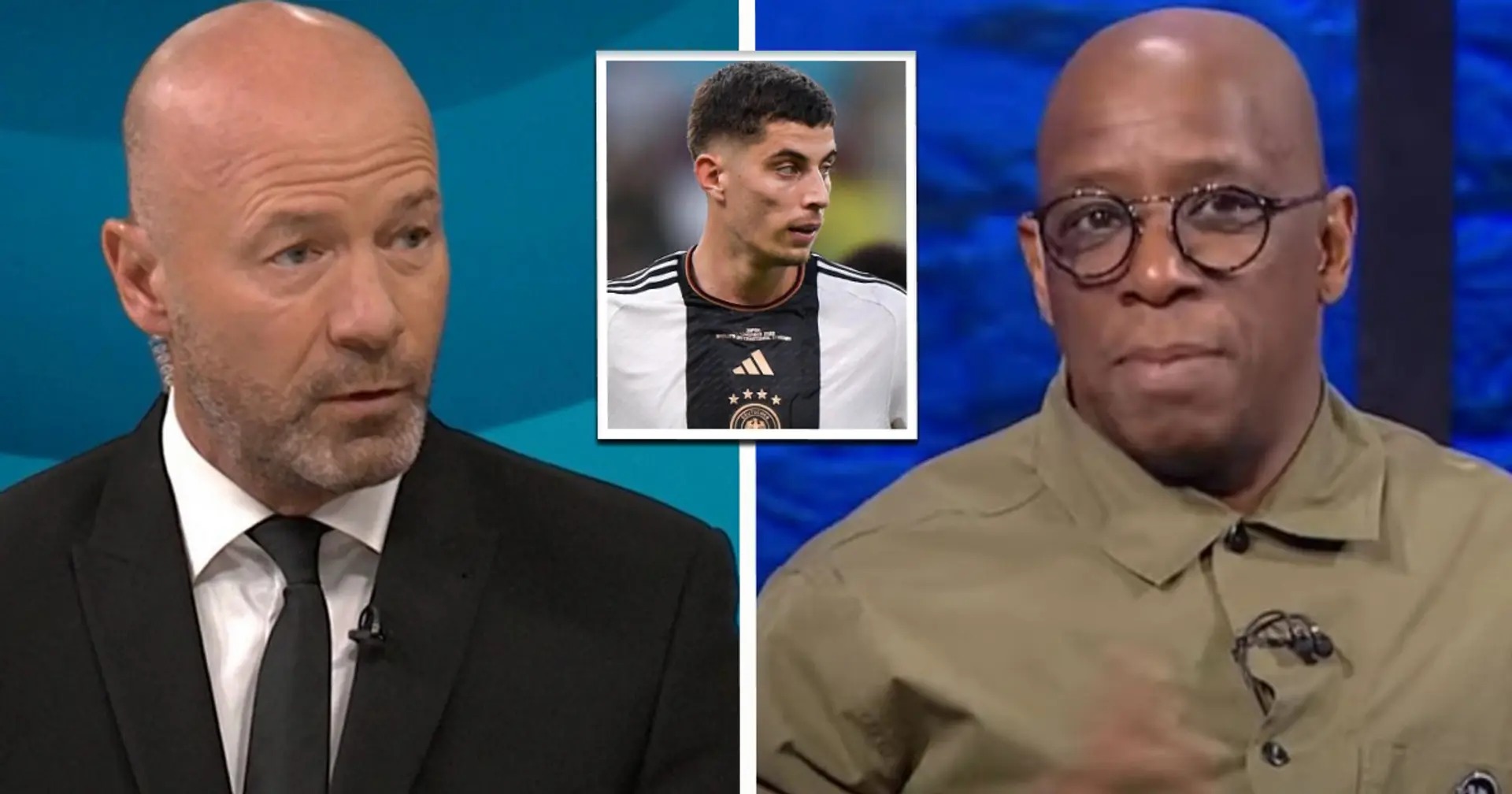 Kai Havertz was dropped from the starting lineup for Germany's do-or-die clash against Spain on Sunday. The Chelsea forward didn't come off the bench either as the Germans struggled for an equalizer to keep their World Cup aspirations alive.
Sky Sports pundits Ian Wright and Alan Shearer have both slammed Havertz, criticising his performance in the game against Japan as the reason why he's been dropped from the team.
"When you look at the numbers in the last game for Germany they let themselves down in the final third. 26 shots they had and Havertz didn't have one," Shearer said.
"When you're a forward that's not acceptable so Hansi Flick had to do something different tonight. There's no surprise that he's gone for experience," the former Newcastle striker added.
Arsenal legend Wright was just as critical of Havertz.
"You can see so much and he’s so much closer to the goal. Now, Havertz just stay in between and behind the number, you don’t need to go you can just wait, Shearer said.
"He didn’t need to move there, just stay there, I can’t believe that’s happening at this level," Wright reflected on Havertz positioning against Japan.
Niclas Fuellkrug who came off the bench instead of Havertz eventually scored the equalizer for Germany in the 1-1 draw. It means Havertz may not even start in Germany's next game against Costa Rica on Thursday.
Source: Sky Sports (h/t Football London)
Follow us on Google news, Twitter and on Facebook
Loading...