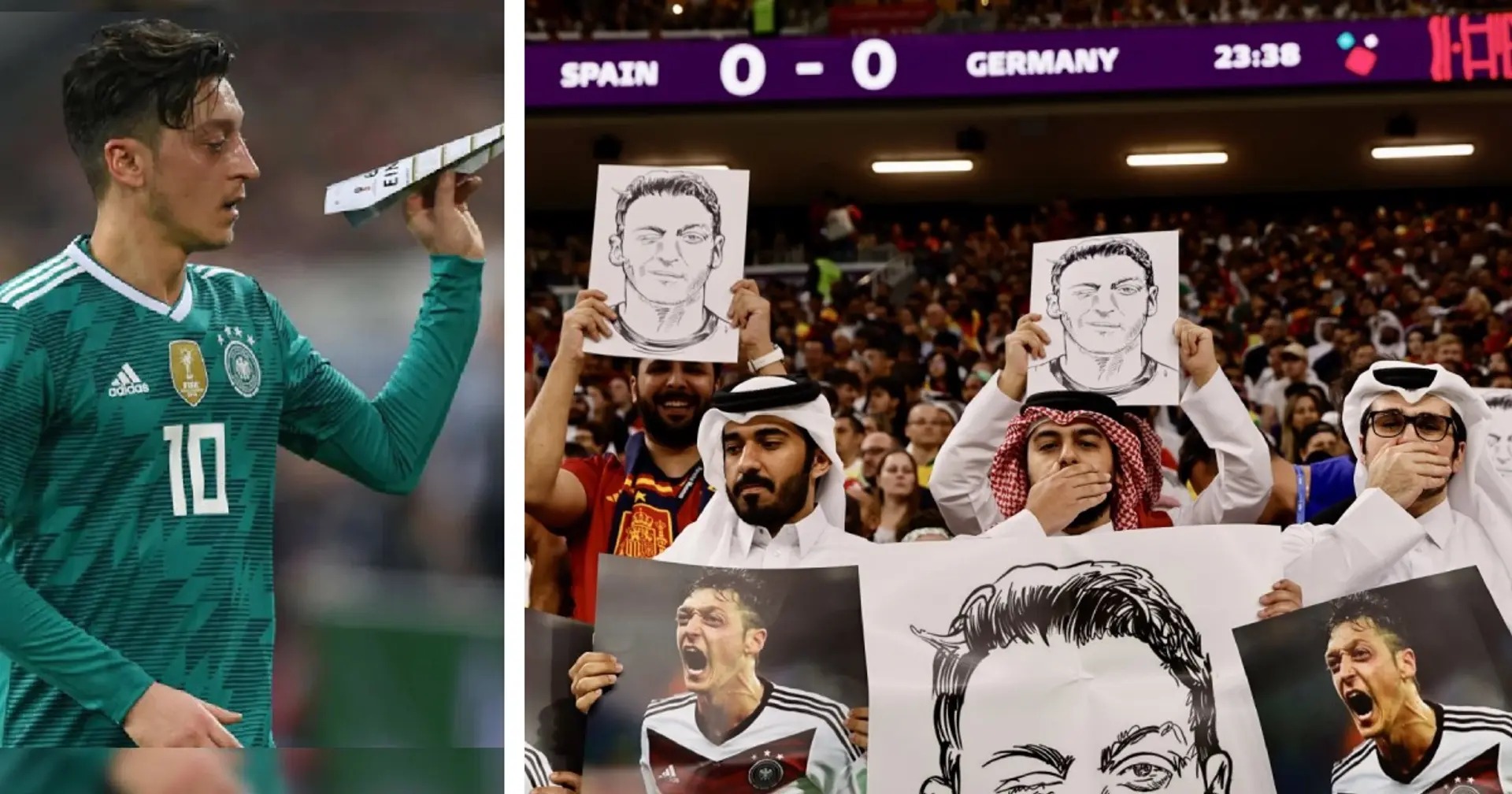 Qatari fans were seen covering their mouths and holding pictures of Mesut Ozil during Germany’s game against Spain. This is the response to Germany footballers’ protest against human rights violations in Qatar.
Ozil was allegedly racially abused by Germany’s soccer federation, fans and media in the past when he did not perform well for the side.
“I am German when we win, but I am an immigrant when we lose,” the world cup winner said at the time. 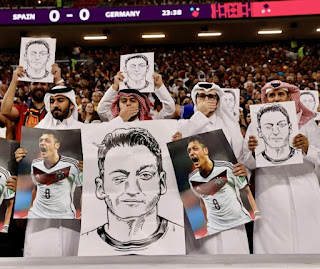 The abuse started before the 2018 World Cup when Ozil and Germany teammate Ilkay Gundogan posed for photographs with Turkish President Recep Tayyip Erdogan. Gundogan and Ozil have Turkish family background.
The former Gunner star was subsequently jeered by German supporters during a World Cup warm-up game. The abuse increased after the tournament, abetted by incendiary statements from Germany team director Oliver Bierhoff and the federation president at the time Reinhard Grindel.
Both later admitted they should have given Ozil more support.
Source: The Sun
Follow us on Google news, Twitter and on Facebook
Loading...