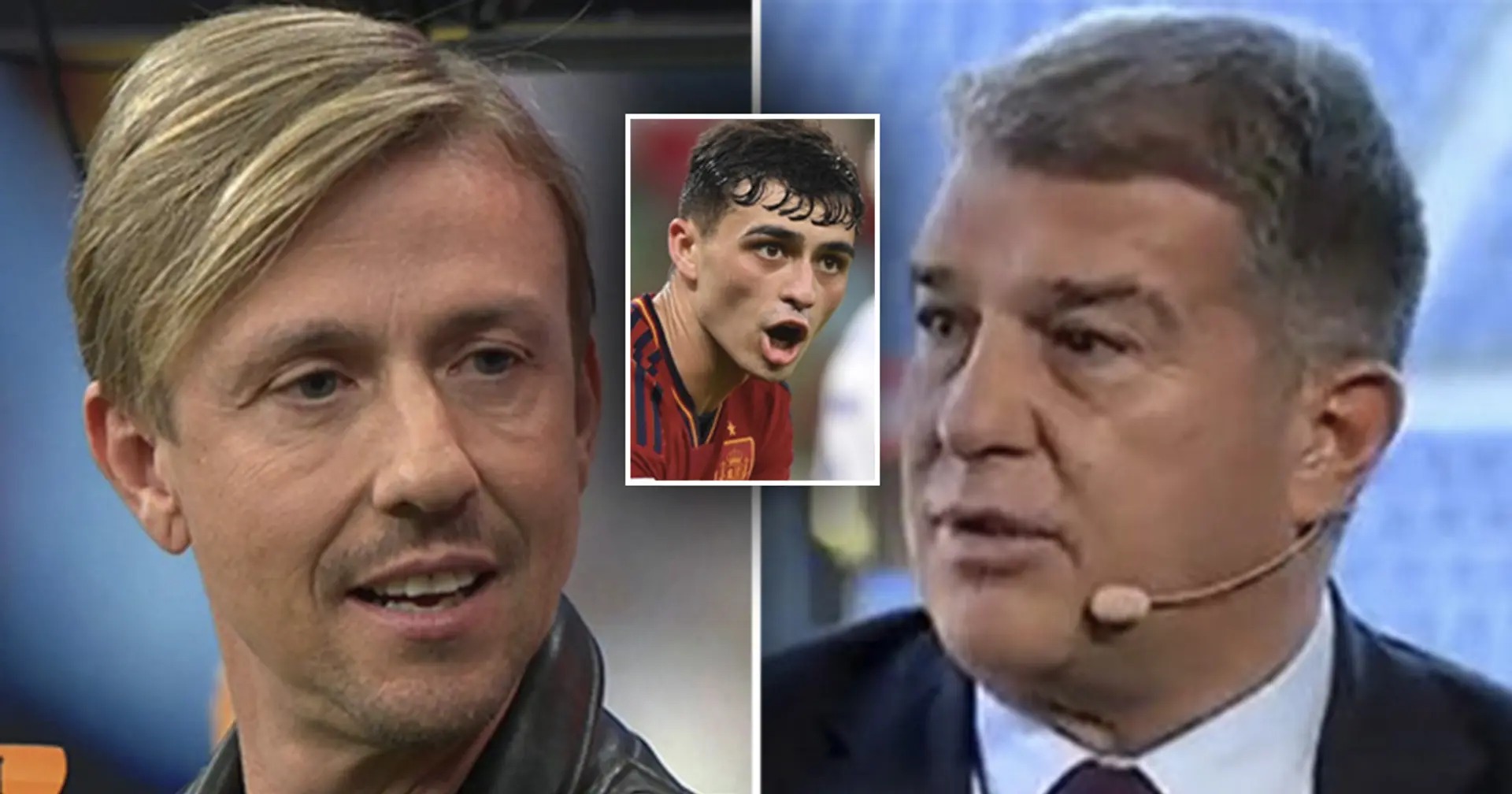 "It [Laporta's words about Spain] bores me, really. Even in the World Cup times he has to be there. His desire to be the protagonist doesn't make any sense. He has it when the team wins, but not when it loses," former Real Madrid great Guti has told El Chiringuito.
"He says that the team has great players thanks to Xavi, but I have seen something else. I've hardly seen Ferran Torres and Jordi Alba play for Barca. And Gavi is losing his spot to De Jong. Let him focus on seeing if Barca wins a title this year. Leave the national team alone," he added.
Earlier, Joan Laporta praised Xavi for how Spain fare at the World Cup, emphasising the role of Barcelona players in Luis Enrique's side.
Indeed, Ferran Torres and Jordi Alba haven't been undisputed starters for Barca this season; however, Xavi can still be praised for their impact as they played together a lot last season.
Also, Guti is clearly wrong when he says Gavi is losing competition to Frenkie de Jong. The youngster has had more game time than the Dutchman this season and both players receive enough minutes to feel happy at the club.
Is Guti jealous because of the modest number of Real Madrid players called up to the national team?
Source: El Chiringuito via Defensa Central
Follow us on Google news, Twitter and on Facebook
Loading...