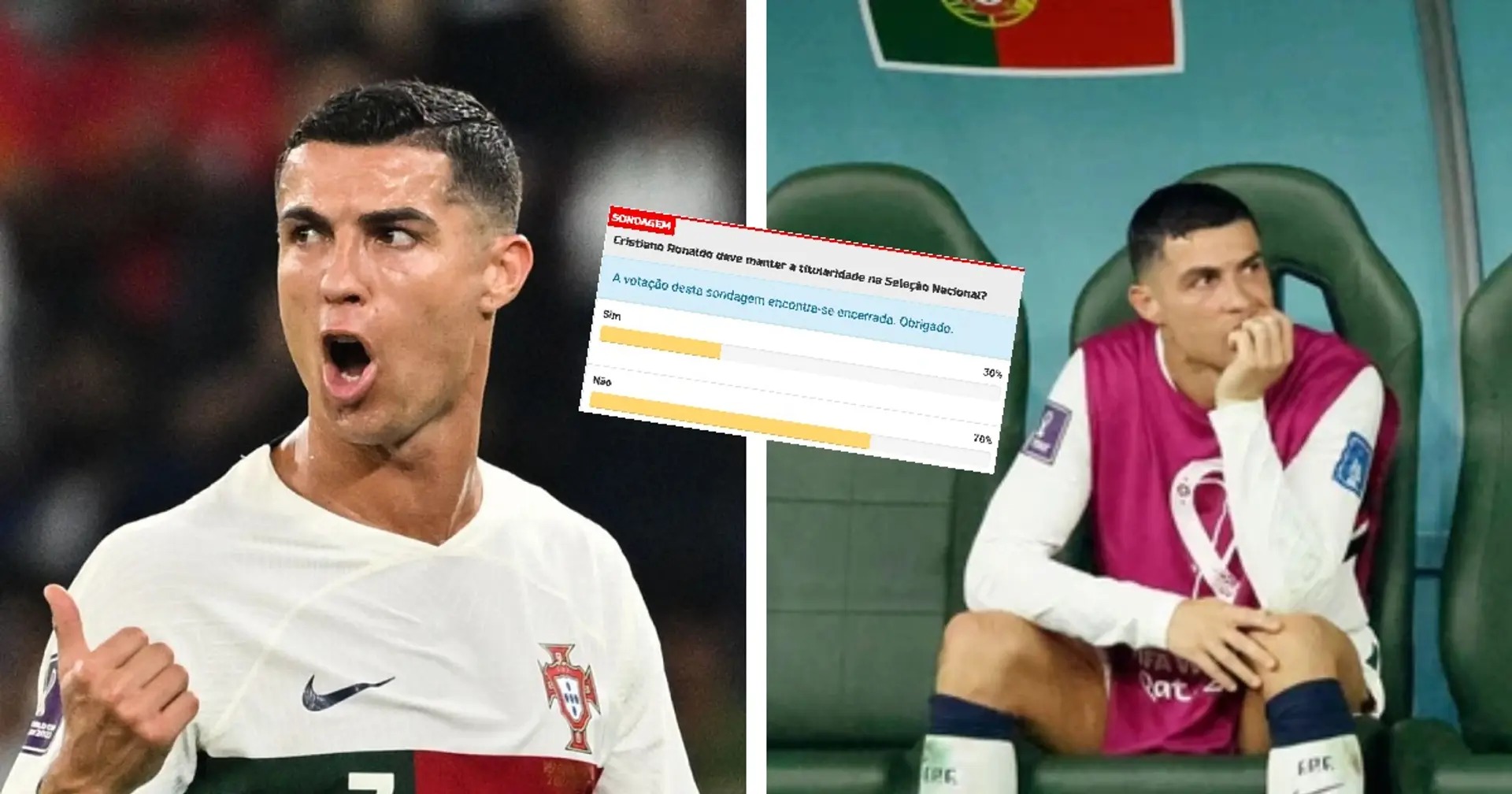 A poll by Portuguese newspaper A Bola asked if Ronaldo should start the knockout fixture against Switzerland.
70 per cent of fans responded to say they want Ronaldo to be dropped, with just 30 per cent believing he should retain his place.

Ronaldo has struggled to make any significant impact at the World Cup. He scored a contentious penalty in the opening game against Ghana.
He then tried and failed to get a Bruno Fernandes goal registered as his own in the next game.
The final game was a disaster as his error allowed South Korea to beat an under-strength Portugal.
Source: A Bola
Follow us on Google news, Twitter and on Facebook
Loading...