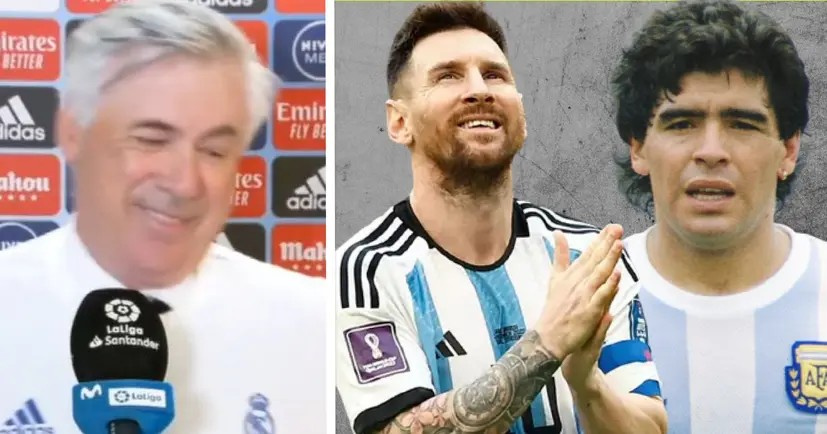 During his interview with Corriere dello Sport, Carlo Ancelotti was put on the spot when the interviewer asked him to pick the greatest between Diego Maradona and Lionel Messi.
“What kind of question is this? I played against Diego and, out of love, I chose him,” Ancelotti replied.
Ancelotti must've faced Maradona during his time at AC Milan in the late 80s and early 90s. The late Argentine legend was devastating with Napoli back then leading them to the Italian Serie A title back in 1987.
However, the question probably did not go down well with the Real Madrid boss. It's usually best not to pick and choose between great players from different generations.
Source: Corriere dello Sport via AS
Follow us on Google news, Twitter and on Facebook
Loading...