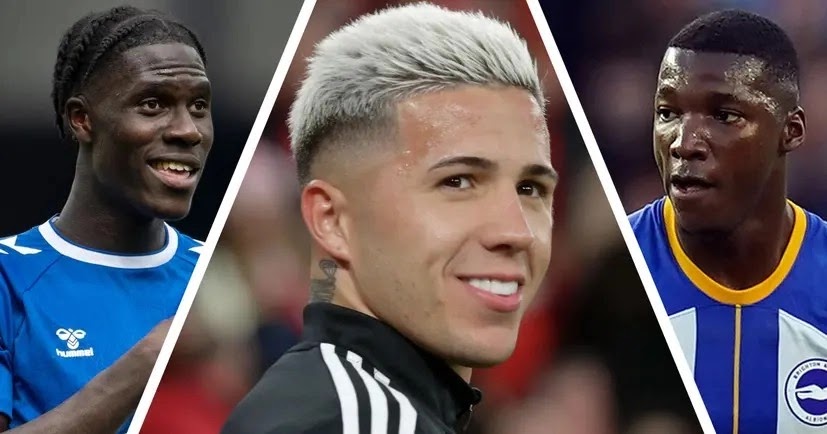 Chelsea have reinforced their team in almost every department. So much so that they've spent almost £500m on new recruits and have a squad that cannot all be registered in the Champions League.
Still, the Blues are yet to galvanize their midfield with N'Golo Kante and Jorginho at the end of their contract while Mateo Kovacic battles with fitness.
Todd Boehly seems to be losing sleep over the problem. Here are the midfielders who have been linked with a move to Chelsea in January.
1. Enzo Fernandez. Chelsea are said to have made a second attempt to sign the Argentine in January. Their latest offer is huge and includes players. It's clear that Fernandez is Chelsea's number one target but they may not get him if Benfica doesn't back down on their demands.
2. Moises Caicedo. The Blues consider the Ecuadorian midfielder an ideal plan B if they can't get Fernandez. Similar to the Argentine, Brighton are adamant about letting Caicedo go in January.
3. Amadou Onana. Chelsea are tipped to raid Everton after Frank Lampard was fired and Onana is a midfielder the Blues are looking at, pe Matt Law. The Senegalese has impressed for the Premier League strugglers and recently scored in Everton's defeat against Southampton.
4. Yves Bissouma. A swap deal for the Tottenham midfielder with Ziyech has been mooted in the media, as confirmed by The Telegraph. Bissouma has not blossomed at Spurs but he could get a new lease on life at Chelsea if this move were to ever happen.
5. Franck Kessie. The Barcelona midfielder has been linked with a loan move to Chelsea this month. He's another player struggling for regular playing minutes at his club.
Follow us on Google news, Twitter and on Facebook
Loading...