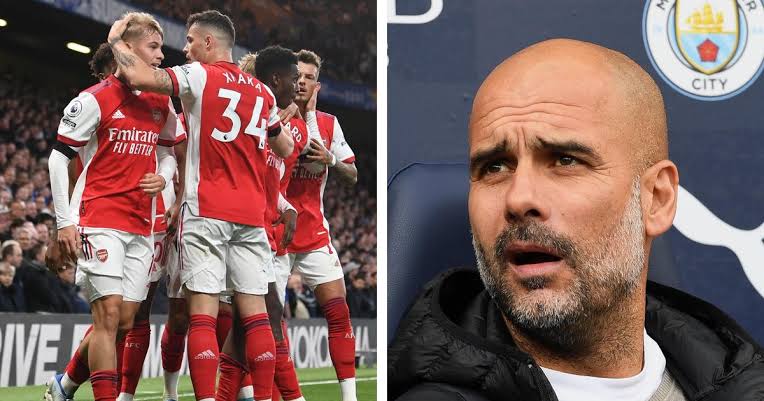 “They have everything with set pieces, defensive organisations, they defend ten players in the box, five or six in the back, good transitions, win duels," Guardiola said about Arsenal.

“How they celebrate the goals, how they talk, how they oomph, how they look at each other and talk, and how they communicate. This is football and tactics. Right now, we don’t have it.”

Arsenal are five points ahead of City in the Premier League. The Gunners, though, have a game in hand.

Both sides clash on Friday in the fourth round of the FA Cup.