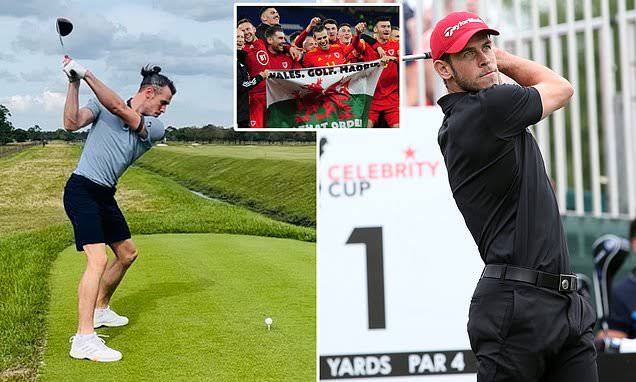 The 33-year-old called time on his playing career in January after representing Wales at their first World Cup finals since 1958.

He scored their only goal at the tournament, a penalty in a 1-1 draw against the USMNT in their opening Group B game. Ironically, Bale's final club was Major League Soccer outfit LAFC.

If you were one of the many to joke he'll try his hand at golf well, how does it feel to be the smartest person in the room?

The five-time Champions League winner shocked fans on Monday evening by taking to Instagram and confirming his involvement in next month's AT&T Pebble Beach Pro-Am.

Held at Pebble Beach, California, the four-day event boasts a whopping $9 million (£7.3m) prize. You get the feeling Bale isn't entering for the money but because he fancies a go. Fair play.

Other celebrities will be in attendance, including actor Bill Murray and musician Macklemore. Bale's likely got the athletic edge on those two, whatever that counts for in golf.

He's got a three-hole golf course at his house in Wales, with the holes styled after holes at three of the world's best golf venues.