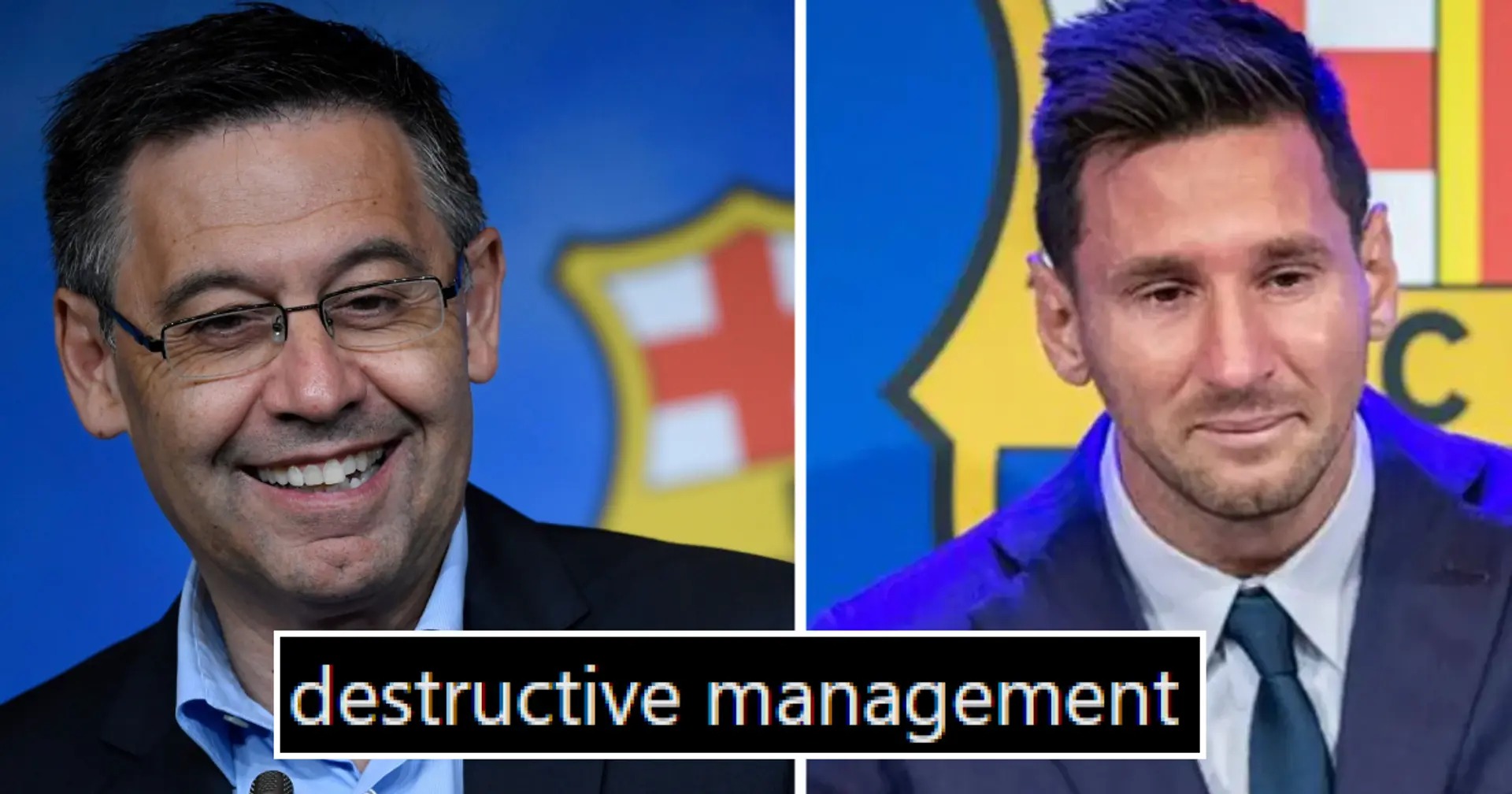 Josep Bartomeu's administration as Barcelona president is constantly being remembered for negative reasons.
A Barca fan on Twitter now blames the ex-president for the departure of Lionel Messi and the imminent sale of Frenkie de Jong.
"Bartomeu’s destructive management over the years continues to hurt Barça even though he is no longer our president," Barca fan account BarcaTimes laments on Twitter.
"Messi had to leave and now the club will probably sell Frenkie de Jong because of the financial situation.
"One man managed to destroy a big club," the fan concludes.
Source: Twitter
Follow us on Google news, Twitter and on Facebook
Loading...